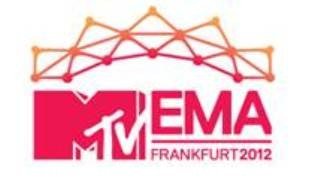 Singapore, 12 November 2012:  The popularity of Korean pop sensation Psy’s “Gangnam Style” knows no limits as he took home the award for “Best Video” – now officially the most popular video in history. In his first international awards show performance, Psy’s bold performance was full of swagger, thanks to the army of Psy lookalikes/dancers that joined him on stage and a special cameo by David “The Hoff” Hasselhoff. Psy accepts the “Best Video” award for his “Gangnam Style” video at the 2012 MTV EMA. 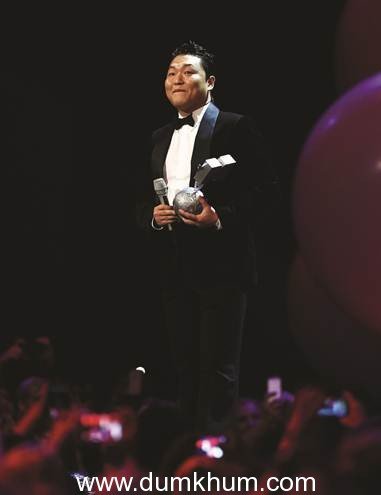 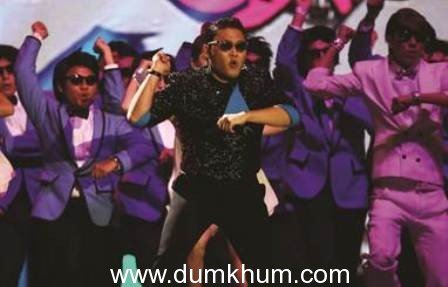 The 2012 MTV EMA airs across MTV’s global network of more than 60 channels reaching nearly 700 million households around the world as well as through syndication. In addition, its convergent programming and content reach the entire interactive community, via MTV’s more than 200 digital media properties around the world. Bruce Gillmer and Richard Godfrey are Executive Producers for the 2012 MTV EMA.

For all MTV EMA news and announcements, check out EMA on Facebook, follow us @mtvema  or download the MTV EMA app for free at the iTunes store.  For MTV EMA press materials, please visit press.mtvema.com or follow us @VIMN_PR.

MTV is the world’s premier youth entertainment brand.  With a global reach of more than a half-billion households, MTV is the cultural home of the millennial generation, music fans and artists, and a pioneer in creating innovative programming for young people.  MTV reflects and creates pop culture with its award-winning content built around compelling storytelling, music discovery and activism across TV, online and mobile.  Outside of the United States, MTV is part of Viacom International Media Networks, a division of Viacom Inc. (NYSE: VIA, VIA.B), one of the world’s leading creators of programming and content across all media platforms.  For more information about MTV in Southeast Asia, visit www.mtvasia.com.