Posted On: 14 SEP 2021 4:29PM by PIB Mumbai
On September 14, which is celebrated as Hindi Divas every year, Institute Chair Professor, Department of Computer Science and Engineering, IIT Bombay, Prof. Ganesh Ramakrishnan, and his team launched ‘Project Udaan’, that enables translation from English to Hindi and all Indian languages of textbooks and learning materials in Engineering and all main streams of Higher learning https://www.udaanproject.org/. The launch took place during a virtual event, which saw Principal Scientific Adviser to the Government of India, Dr. Krishnaswamy VijayRaghavan as the chief guest. ‘Project Udaan,’ a donation-based project, is an end-to-end ecosystem, which translates scientific and technical content from English to Hindi and all other Indian languages. Prof. Ganesh and his team have built an AI (Artificial Intelligence)-based translation ecosystem, which can help translate engineering textbooks and learning materials in one-sixth the time it would take for a team consisting of domain and linguistic experts working manually. In due course, text books in all domains can be taken up. 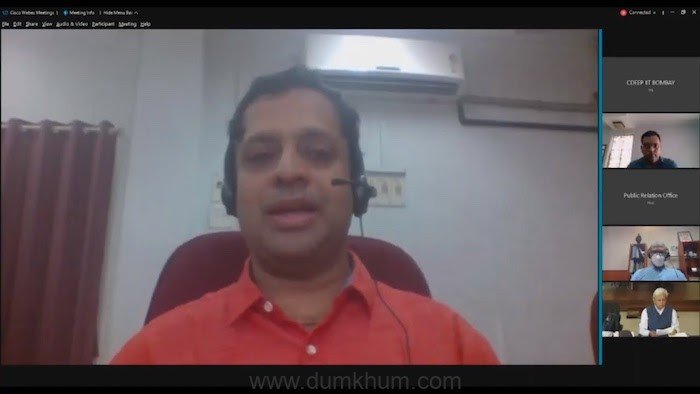 Speaking about ‘Project Udaan,’ Prof. Ganesh Ramakrishnan said, “Our approach to machine translation has been that it will be aided by human effort. We started building lexicons of various technical domains.  Here we faced the challenge of digitising the bilingual dictionaries and glossaries produced by Commission for Scientific & Technical Terminology (CSTT). We have developed very robust bilingual OCR technology and several post-editing tools by which we now have access to digital bilingual dictionaries in machine readable format. We are therefore able to use the appropriate scientific and technical terms available in Hindi instead of transliterating the English terms. We are happy to state that by deploying our AI-based Translation Engine, we are now able to translate a technical book in less than one-sixth the time it would take for a team consisting of domain and linguistic experts working manually. In due course, as our AI and ML engine learns with every page and every book being edited in each domain, we expect to achieve a much shorter turnaround time.”

Seven years ago, Prof. Ganesh and his team decided to come up with ‘Project Udaan,’ owing to the wide gap they saw in the availability of technical knowledge in Hindi and other Indian languages. The Indian Constitution requires every state and local authority within the state to provide adequate facilities for instruction in the mother-tongue at the primary stage of education to children belonging to linguistic minority groups. The state policies that addressed this requirement served the citizens well for the first three decades since independence; this was a time where most of the economic activity especially in the manufacturing sector was conducted using traditional technologies, which could easily be transacted in regional languages. The scenario however witnessed a drastic change when the country made progress from being an agrarian society overcoming extreme poverty to a largely urban and urbanising society.

The fast-urbanising India built many factories using modern technologies and there was an explosion of opportunities in software technology. Fuelled by this demand for skilled labour with fluency in English, there was an emergence of many secondary schools and colleges of higher learning teaching in English. While this great churn has benefited 10-20% of Indians who become proficient in English, 80% of the nation was left behind by their inability to learn in English. The need of the hour was to cater to 80% of the Indian population by making scientific and technical knowledge available in Indian languages and thus, ‘Project Udaan’ came into being.

The evolution, progress and capabilities of Prof. Ganesh and his team’s end-to-end translation ecosystem have happily and fortuitously coincided with the implementation of the New Education Policy based initiative to introduce higher education through Indian languages. Through donations, the team aims to continue its work on ‘Project Udaan,’ and complete its target to translate 500 engineering texts in Hindi in one year and in 15 Indian languages in 3 years.