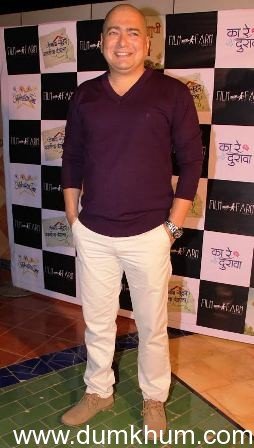 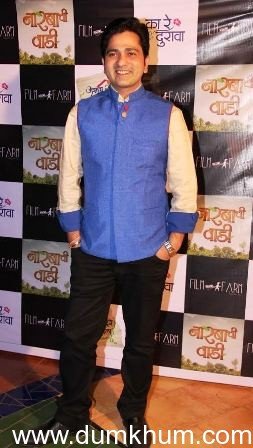 Aditya Sarpotdar, Suyash Tilak, Suruchi Adarkar and many others. Post its debut into Marathi film territory with ‘Narbachi Wadi’ in October 2013,  releasing seamlessly across cinema halls, thereby garnering critical acclaim & attention from Marathi film fraternity including accolades at regional & state film awards. Circa, 2014 has been an eventful year for its Marathi entertainment division, the 1st half witnessed the film garnering recognition at Pune International Film Festival followed by technical awards win at Zee awards & other events. At Jagran Film Festival this year, it received a standing ovation from crowds & winning special jury award for best regional entertainment from JFF Jury. However, the icing on the cake was Narbachi Wadi’s music & superlative cast earning critical appreciation across all. Secondly, Film Farm’s GEC Marathi daily fiction ‘Asava Sundar Swapnancha Bangla’ at ETV Marathi has been gaining more popularity weeks after weeks consistently in the last 6 months, thereby gaining popularity as its channel driver show lately. Recently, their renewal of interest to cater to larger Marathi audiences was fulfilled by a new daily fiction show i.e. ‘Kaa Re Durava’, launched in Zee Marathi at 9 pm slot. With popularity gaining from 1st week of launch, this has been growing viewer’s interest with its apt story telling about love & human relationships through the eyes of lead characters that has captured million hearts of Marathi manoos and has catapulted itself to be a leading episodic show combining Hindi & Marathi GEC belt with consistent TRP ratings of 4.2 & above from October onwards. Such is the popularity of the show that, its lead characters Jai & Aditi have become household names & their tales of love & relationship have been the topic of discussion in many Marathi homes lately.

With both the daily shows leading in viewership ratings and rewards that reaped post release of Narbachi Wadi, the Film Farm team’s co-founder Mr. Kalyan Guha & Ms. Rupali Guha have planned for a thanksgiving get-together of sort for the entire team, cast & technicians of the successful Marathi projects. The idea here is to invite stars, veterans, personalities & glitterati’s from Marathi cinema, TV & theatre to witness the success of Film Farm’s successful Marathi journey from 2011 onwards in Marathi cinema & TV in such a short span of time. With legacy of popular Hindi shows in last 10 years & now Marathi space a new green territory, Film Farm is poised to capture many more millions of hearts in 2015 with new project announcements & ensemble names shortly. The USP of this evening would be getting all Marathi -programming & content leads from channels to come together of sort and raise a toast for a superlative journey that we have enjoyed with their partnership & contribution in such a less time. Not to mention, the sincere hard work & efforts of the very own team lead by Namita Vartak who is Film Farm’s creative producer, she has orchestrated Film Farm’s entry smoothly into Marathi space with her creative forte & experience by churning the best content from Film Farm’s stable. Film Farm’s vision is to achieve more success and reach through the best of the content & story telling coming from the team that has more than a decade & half experience in providing family based entertainment shows with ease & fun ceremoniously. According to Kalyan Guha, Director, Film Farm, “We took pride to host the evening amidst such notable celebrities of the Marathi industry. We hope to create disruption in the Marathi Entertainment Industry with contemporary, youth based content through our Films & Shows in near future. Our intent is to woo larger pie of Marathi family audience bringing them to cinema halls by catering to new age modern stories thereby adding muscle to Marathi industry.”