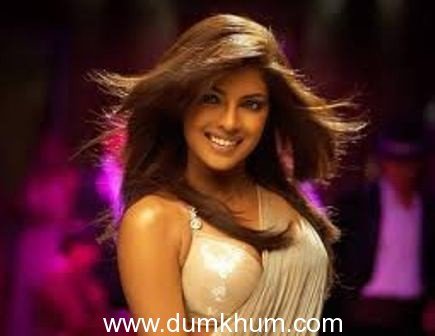 Actress and International artist Priyanka Chopra who is out with her third international single “I Can’t Make You Love Me” recently sang the ballad live at Blue Frog – her very first full fledged live performance in the country.
While this was not part of the plan,Priyanka took an impromptu decision while at the technical rehearsals earlier that evening on request from her fans in the country who took to her fan pages and a popular micro blogging site requesting her to sing her rendition of the Bonnie Rait ballad .
Having traveled all of last month , Priyanka returned from Las Vegas with a bad throat given her choc-o-bloc schedule,however,the global icon decided to go ahead and treat her fans to the song as she gets behind the mike.
After the riveting success of “In My City” feat Will.I.Am and “Exotic” feat Pitbull , actress , international artist and global icon Priyanka Chopra is out with her third solo single “I Can’t Make You Love Me” ,a unique cover of the Bonnie Raitt’s 1991 song that made it to Rolling Stone Magazine’s 500 Greatest Songs of All Time.

Priyanka Chopra’s rendition of the ballad made it to the number 1 spot on Itunes India in less than 72 hours of its launch and is already on its way to making waves on the international music scene.The song that went live on Itunes on the 22nd April , climbed to #3 on the iTunes India overall `singles’ chart within 3 hours of its release.