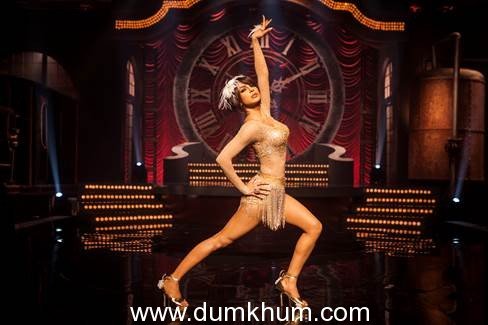 The fact that Gunday opened to an approximate collection of over 44 crore at the box office on its opening weekend,only goes to prove that Priyanka Chopra – touted the current generation’s “female superstar” has always been lucky at the box office and to top that has walked away with rave reviews , a dynamite combo that very few can boast off as the 500-crore actress enjoys an envious commercial success ratio and critical acclaim.

The film created magic at the B/O as it hit theaters across the nation last Friday, giving audiences a special Valentine’s treat – Keeping to the lucky tradition that whenever 2 heroes have fought over Priyanka on-screen it has always spelled success at the box office be it Mujhse Shaadi Karogi,Dostana and the recent Gunday.

Adds Arjun Kapoor, “Priyanka is very aptly cast for the film. I don’t know how to explain this but both of us, Ranveer Singh and I, were boys without her and we became men when we shared screen space with her. That’s a very important quality for a woman to have. She makes us feel like men.”