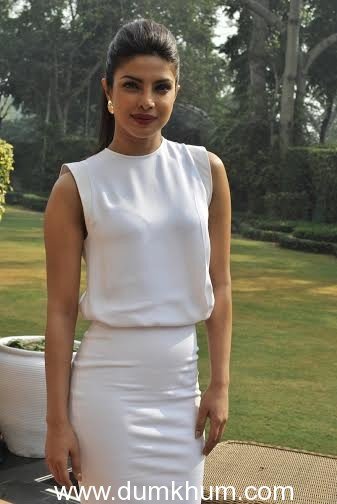 One of the most popular Indian figures on the social media platform,Priyanka Chopra, a self-admitted social media junkie, enjoys updating her fans on the latest in her life and constantly uploads pictures on the photo-sharing site, inviting her fans to be a proactive part of her life.

Priyanka Chopra is currently in New York for the formal announcement of her international television show Quantico – With this, Priyanka becomes the first Indian actor to land a lead role in a (large) American TV series.

On home turf, Priyanka Chopra has two big ticket releases, Zoya Akhtar’s Dil Dhadakne Do that releases on June 5th and one of the years’ most anticipated films, Sanjay Leela Bhansali’s opus Bajirao Mastani. She will also begin shooting for Prakash Jha’s Gangajal 2 in which she plays the central character.