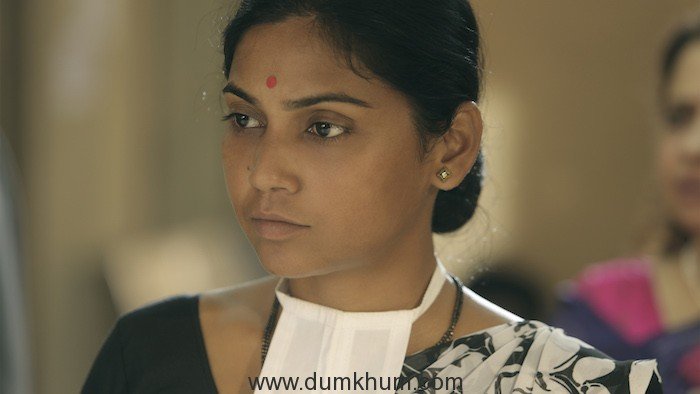 Firebrand is directed by National Award winner Aruna Raje and also the first digital venture that Priyanka and Dr. Madhu Chopra’s production house Purple Pebble Pictures has made. The film is Netflix’s first licensed original film in Marathi. Firebrand follows the life of a successful lawyer who herself is sexual assault victim, played by Usha Jadhav, who is dealing with PTSD. She tackles difficult family cases while also coping with intimacy issues in her own marriage. Girish Kulkarni expertly essays the role of her husband Madhav Patkar, an architect by profession. The film revolves around trials and tribulations of contemporary modern day relationships and will be available to 139 million Netflix members across the world on February 22, 2019. Speaking on the film’s exclusive premiere on the service, Madhu Chopra said “Firebrand is packaged with a gripping, powerful narrative along with an ensemble of talented actors and we are truly excited that this story will reach millions of diverse Netflix members. We are delighted to have Netflix as a partner that will help us take this meaningful cinema to new audiences across the globe.’’ Priyanka Chopra said “The age of Digital has changed the way we consume content. Today, the story is king and audiences are open to and accepting of all kinds of genres. We scroll for content that appeals to our mood and mind, equally. This definitely was one of the major reasons behind our move of taking our latest Marathi project Firebrand straight to Netflix. A story like Firebrand deserves to reach audiences far and wide and I’m thrilled to be bringing this to Netflix.” Netflix is the world’s leading internet entertainment service with 139 million memberships in over 190 countries enjoying TV series, documentaries and feature films across a wide variety of genres and languages. Members can watch as much as they want, anytime, anywhere, on any internet-connected screen. Members can play, pause and resume watching, all without commercials or commitments.