Pritish Nandy to be honoured in Bangladesh! Noted humanitarian, poet, journalist, photographer, TV host, painter, editor, columnist, and filmmaker Pritish Nandy just added another feather to his already feathered cap. The Government of Bangladesh has invited Pritish Nandy for a special State honour on the occasion of the 40th anniversary of the Liberation struggle. The Foreign Minister of Bangladesh, who is also the National Convenor of the Friends of the Bangladesh Liberation Struggle, recently wrote to Nandy saying that though it is forty years late, it is never too late to recognise and honour someone who did so much for their freedom struggle. 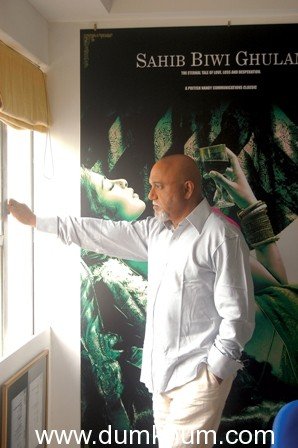 The awards ceremony, held only from this year on December 15, is to honour those who participated in the liberation struggle of Bangladesh and helped the nation become free. Pritish Nandy will be attending the event along with his wife Rina. Talking about the honour Nandy says, “’The birth of Bangladesh was a miracle. Most wars end in stalemate but Indira Gandhi won it decisively and with amazing precision. I was proud to play a role in the making of a new nation, a nation born out of the love for a language and a proud culture: Bengali.”

This year marks the 40th anniversary of the formation of Bangladesh. Nandy, barely entering his twenties then, was one of the most ardent campaigners for a free Bangladesh. He reported first hand on the war for freedom, translated the works of the then little known poets of the Bangladesh movement who are now iconic figures in Bengali literature across the border and got them published from London, Chicago and other parts of the world to bring focus to their war efforts, and was one of the central figures of the movement when he lived in Calcutta in the early seventies. All the leaders of the freedom struggle were his personal friends, including Sheikh Mujibur Rehman who became the first Prime Minister of Bangladesh. 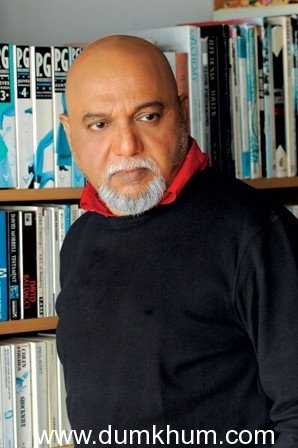 Interestingly, the man who subsequently assassinated him, Major Dalim was also known to Nandy during the freedom struggle days when he came to Calcutta as a young army officer for medical treatment after a serious grenade injury. Nandy was a leading poet then and some of his own poems in the book Madness is the Second Stroke were inspired by the Bangladesh war. The famous British painter Feliks Topolski collaborated with Pritish Nandy to bring out poems from Bangladesh, a book of poems from London. Nandy is one of Indian poetry’s most celebrated name whose books, record albums and readings have drawn him an iconic following and won him the Padma Shri and the EM Forster Literary Award at an age most people barely begin their literary career.

Nandy launched his production company Pritish Nandy Communications Ltd, in 1998, which has made over 25 films over the past decade including (Kaante, Jhankaar Beats, Chameli, Hazaaron Khwaishein Aisi, Shabd, Pyaar Ke Side Effects) now acclaimed as cult movies. His next production, Shaadi Ke Side Effects, starring Farhan Akhtar and Vidya Balan rolls next year.