Prime Minister’s Speech at the Inauguration of Bharatiya Mahila Bank 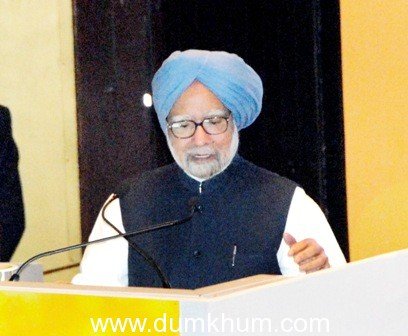 Following is the text of Prime Minister, Dr. Manmohan Singh’s speech at the inauguration of Bharatiya Mahila Bank Ltd in Mumbai today: “We have gathered here to witness the beginning of a unique new institution. The Bharatiya Mahila Bank which is being inaugurated today will provide financial services predominantly to women and women self-help groups. I understand that it will also be largely run by women. I compliment my friend and colleague the Finance Minister Shri P Chidambaram and his team for conceiving the establishment of the Bank and making it a reality within a very short period of its announcement in this year’s Budget. It is only befitting that the Bharatiya Mahila Bank is being inaugurated on the birth anniversary of a great woman of our country. Shrimati Indira Gandhi was one of the tallest leaders that our country has produced and led the country as Prime Minister for nearly 16 years. Her life and work are an abiding source of inspiration for all of us.

Over centuries India has produced several accomplished women leaders in a diverse range of areas – science, medicine, business, sports, politics and so on. Women played a prominent role in our freedom struggle with leaders like Rani Lakshmibai, Begum Hazrat Mahal and Smt Aruna Asaf Ali leading from the front. We have had a woman as President of our country and currently have a woman Speaker of the Lok Sabha, a woman Leader of the Opposition in the Lok Sabha and two women Chief Ministers. The President of the largest and the oldest political party in India is also a distinguished woman leader, who we are privileged to have in our midst today. Some of the largest public and private sector banks in our country are today headed by women. A recent global survey of top 50 women business leaders in the world included 4 Indian women. However, all this does not reflect the average reality of women in our country. The sad reality is that women in India face discrimination and hardship at home, at school, at their place of work and in public places. Their social, economic and political empowerment remains a distant goal.

Given the adverse circumstances that our women face almost at every step, the successes of our women achievers are all the more impressive. I congratulate them for their accomplishments in the face of tremendous odds.

The discrimination that our women face is reflected in the indicators of human development. They score below men in literacy, in health status, in employment potential and in entrepreneurial skills. They also lag behind men in ownership of land and assets and in the management of enterprises. Increasing incidents of violence have worsened an already bad situation. Our Government recognizes its responsibility to work diligently for the empowerment of India’s women. We also recognize that our efforts in this direction must cover many dimensions. Our flagship programs for rural employment and for universalizing education and health-care provide equal access for both men and women and will help the cause of women empowerment. For example, nearly half of those getting employment under the Mahatma Gandhi National Rural Employment happen to be women.

We also have schemes for taking care of the special needs of women. For example, while Janani Suraksha Yojana supports pregnant women and nursing mothers, the Sabla scheme empowers adolescent girls.

We have also embarked on a process of amending our laws to make them more gender-sensitive and to enable them to effectively address issues of persistent gender discrimination. We have legislated for 30% of seats for women in rural and urban local bodies. As many as 15 states have already passed legislation to earmark 50% of seats for women at the grassroots level democratic institutions. Consequently, a larger proportion of poor and rural women have been brought into the fold of political participation. We have strengthened the law to provide for harsher punishment for sexual offences against women.

But much more needs to be done. It is an acknowledged fact that access to finance and banking not only helps empower women but also broadens the social base of development, thus fostering equitable growth. This is an area in which India lags far behind. Our women have minimal access to finance and financial products. We need to change this state of affairs to enable our women to contribute to the growth processes of the mainstream economy.

The setting up of the Bharatiya Mahila Bank is a small step towards the economic empowerment of our women. It is also a reflection of our deep commitment to this cause. I am sure that the Bank will fulfill the objective with which it has been established, namely financial inclusion of women and providing them equal and easy access to financial services. I am also sure that it will particularly benefit women from the less privileged sections of our society. The fact that it will be run largely by women will serve as an example that given the opportunity, women are capable of taking on challenging tasks.

I understand that the Bank will initially have 7 branches, which will go up to 25 by March 2014, and will focus equally on rural and urban areas. It will offer special products keeping in view the needs of women entrepreneurs. It is a challenging task ahead for those who have been given the responsibility of beginning the operations of this Bank and nurturing it in its initial years. But it is also a meaningful and fulfilling endeavour which they have been entrusted with. I wish the management of the bank, its board of directors, its Chairperson, all success in the exciting task that they are engaged in.

I end by reaffirming our Government’s deep commitment to working for a brighter future for women and ensuring their safety and security.