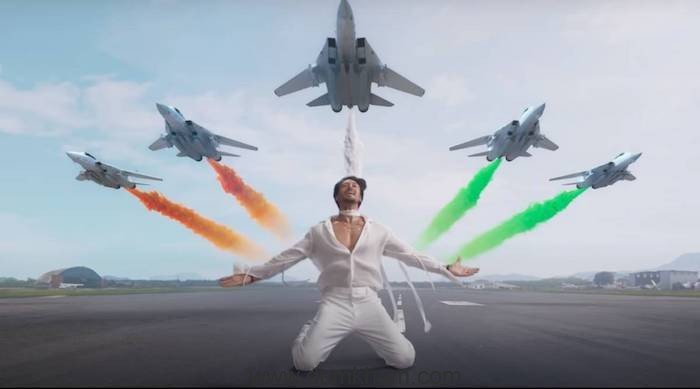 ”
https://twitter.com/jackkybhagnani/status/1426891654871412736?s=19
Responding to the Prime Minister, Tiger Shroff tweeted – “ A true honour to receive your kind words Honourable Prime Minister @Narendramodi Ji. Today we celebrate everything that is special about India, the spirit of #VandeMataram #UnitedWeStand. Extremely overwhelmed and grateful!

@jackkybhagnani @jjust_music”
https://twitter.com/iTIGERSHROFF/status/1426890733428957184?s=19
Crediting Jackky Bhagnani for pushing him to make his singing debut with Vande Mataram ahead of its release, Tiger Shroff posted on Instagram – Grateful to @jackkybhagnani for pushing me to sing #VandeMataram as my first hindi song.”
Jackky Bhagnani shares, “We dedicate this to the men and women of Indian defence force. Your resilience, spirit and valour is unmatchable. We salute you today and everyday To every Indian who celebrates and embodies the true spirit of our nation, you are everything that makes our country truly special.
Vande Mataram song has been dedicated by Jackky Bhagnani the Defence Forces of our glorious Nation and its people.
Dedicating the song to all Indians, Tiger Shroff also tweeted – “Vande Mataram…these are not mere words, but emotions. Emotions which drive us to strive to contribute towards our nation. This Independence Day, dedicating a small effort to 130 crore Indians”
Composed by Vishal Mishra, directed by filmmaker-choreographer Remo D’Souza, penned by Kaushal Kishore, Vande Mataram is presented by Jackky Bhagnani and Jjust Music.
Apart from Prime Minister Narendra Modi Ji, Vande Mataram received appreciation and support from across the spectrum including celebrities like Gulshan Kumar, Hrithik Roshan and Disha Patani, and from fans who praised it as the perfect Independence Day song.
With the backing of Jackky Bhagnani, Tiger Shroff and Remo D’Souza, the biggest single of recent times has hit home for every Indian. A perfect tribute to the ones who came forward and helped the ones in need.
Legendary music composer and singer of the original version, A.R. Rahman took to Twitter to congratulate the team and tweeted:
“So charming… wishing you the best! We have discovered the energetic singer in you @TIGERSHROFF VISHAL MISHRA, REMO D’SOUZA, JACKY BHAGNANI…”
Even last year during the lockdown, Jackky Bhagnani had pooled in actors from the film industry and presented a song titled ‘Muskurayega India’. A song with strong and motivating lyrics that was much needed in the grim times like the pandemic.
Watch ‘Vande Mataram’ on YouTube NOW!
https://youtu.be/6FyMs74sQHI 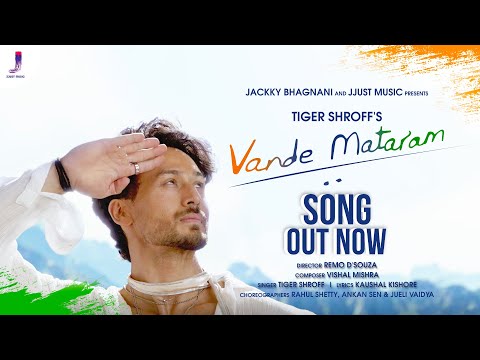