The cast of new movie Prem Mayee, directed by Shekhar S Jha , finally had their Press conference at Hotel Four Seasons  in Juhu on the 4th of October,2012. The cast including  Chandrachur Singh, Shreya Narayan, Sanjay Suri and Chitrashi Rawat attended the event and were happy to talk about their interesting roles in the movie as well as their experiences on set. 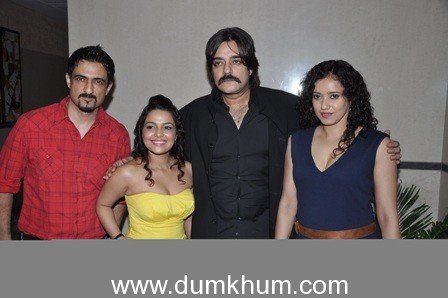