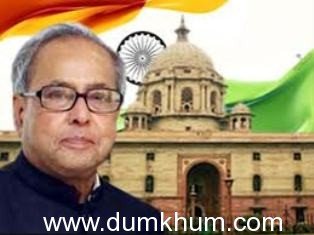 On the eve of 65th  Republic Day, I extend warm greetings to all of you in India and abroad. I convey my special greetings to members of our Armed Forces, Paramilitary Forces and Internal Security Forces.

The Republic Day commands the respect of every Indian. On this day, sixty four years ago, in a remarkable display of idealism and courage, we the people of India gave to ourselves a sovereign democratic republic to secure all its citizens justice, liberty and equality. We undertook to promote among all citizens fraternity, the dignity of the individual and the unity of the nation. These ideals became the lodestar of the modern Indian State.

Democracy became our most precious guide towards peace and regeneration from the swamp
of poverty created by centuries of colonial rule. From within the spacious provisions of our
Constitution, India has grown into a beautiful, vibrant, and sometimes noisy democracy. For us, the democracy is not a gift, but the fundamental right of every citizen; for those in power
democracy is a sacred trust. Those who violate this trust commit sacrilege against the nation.

Some cynics may scoff at our commitment to democracy but our democracy has never been betrayed by the people; its fault-lines, where they exist, are the handiwork of those who have made power a gateway to greed. We do feel angry, and rightly so, when we see democratic institutions being weakened by complacency and incompetence. If we hear
sometimes an anthem of despair from the street, it is because people feel that a sacred trust is
being violated.

Corruption is a cancer that erodes democracy, and weakens the foundations of our state. If Indians are enraged, it is because they are witnessing corruption and waste of national resources. If governments do not remove these flaws, voters will remove governments.

Equally dangerous is the rise of hypocrisy in public life. Elections do not give any person the licence to flirt with illusions. Those who seek the trust of voters must promise only what is possible. Government is not a charity shop. Populist anarchy cannot be a substitute for governance. False promises lead to disillusionment, which gives birth to rage, and that rage has one legitimate target: those in power.

This rage will abate only when governments deliver what they were elected to deliver: social and economic progress, not at a snail’s pace, but with the speed of a racehorse. The aspirational young Indian will not forgive a betrayal of her future. Those in office must eliminate the trust deficit between them and the people. Those in politics should understand that every election comes with a warning sign: perform, or perish.

I am not a cynic because I know that democracy has this marvellous ability to self-correct. It is the physician that heals itself, and 2014 must become a year of healing after the fractured and contentious politics of the last few years.

The last decade witnessed the emergence of India as one of the fastest growing economies in the world. The slowdown of our economy in the last two years can be some cause for concern but none for despair. The green shoots of revival are already visible. The agricultural growth in the first half of this year has touched 3.6 per cent and rural economy is buoyant.

2014 is a precipice moment in our history. We must re-discover that sense of national purpose and patriotism, which lifts the nation above and across the abyss; and back on to the road of prosperity. Give the young jobs and they will raise the villages and cities to 21st century standards. Give them a chance and you will marvel at the India they can create.

This chance will not come if India does not get a stable government. This year, we will witness the 16th  General Election to our Lok Sabha. A fractured government, hostage to whimsical opportunists, is always an unhappy eventuality. In 2014, it could be catastrophic.
Each one of us is a voter; each one of us has a deep responsibility; we cannot let India down.
It is time for introspection and action.

India is not just a geography: it is also a history of ideas, philosophy, intellect, industrial genius, crafts, innovation, and experience. The promise of India has sometimes been mislaid by misfortune; at other times by our own complacence and  weakness. Destiny has given us another opportunity to recover what we have lost; we will have no one to blame but ourselves if we falter.

A democratic nation is always involved in argument with itself. This is welcome, for we solve problems through discussion and consent, not force. But healthy differences of opinion must not lead to an unhealthy strife within our polity. Passions are rising over whether we should have smaller states to extend equitable development to all parts of a state.

A debate is legitimate but it should conform to democratic norms. The politics of divide and rule has extracted a heavy price on our subcontinent. If we do not work together, nothing ever
will work.

India must find its own solutions to its problems. We must be open to all knowledge;
to do otherwise would be to condemn our nation to the misery of a stagnant mire. But we should not indulge in the easy option of mindless imitation, for that can lead us to a garden of weeds. India has the intellectual prowess, the human resource and financial capital to shape a glorious future. We possess a dynamic civil society with an innovative mindset. Our people, whether in villages or cities, share a vibrant, unique consciousness and culture. Our finest assets are human.

Education has been an inseparable part of the Indian experience. I am not talking only of the ancient institutions of excellence like Takshashila or Nalanda, but of an age as recent as the 17th
and 18th centuries. Today, our higher educational infrastructure consists of over 650 universities and 33,000 colleges. The quality of education has to be the focus of our attention now. We can be world leaders in education, if only we discover the will and leadership to take us to that pinnacle. Education is no longer just the privilege of the elite, but a universal right. It is the seed of a nation’s destiny. We must usher in an education revolution that becomes a launching pad for the national resurgence.

I am being neither immodest, nor beating a false drum, when I claim that India can become an example to the world. Because, the human mind flourishes best when it is, as the great sage Rabindranath Tagore said, free from fear; when it has the liberty to roam into spheres unknown; in search of wisdom; and when the people have the fundamental right to propose as well as oppose.

There will be a new government before I speak to you again on the eve of our Independence Day. Who wins the coming election is less important than the fact that whosoever wins must have an undiluted commitment to stability, honesty, and the development of India. Our problems will not disappear overnight. We live in a turbulent part of the world where factors of instability have grown in the recent past. Communal forces and terrorists will still seek to destabilize the harmony of our people and the integrity of our state but they will never win. Our security and armed forces, backed by the steel of popular support, have proved that they can crush an enemy within; with as much felicity as they guard our frontiers. Mavericks who question the integrity of our armed services are irresponsible and should find no place in public life.

India’s true strength lies in her Republic; in the courage of her commitment, the sagacity of her Constitution, and the patriotism of her people. 1950 saw the birth of our Republic. I am sure that 2014 will be the year of resurgence.