Touted as the son of Assam, Prem Sharma of Rudraksh Tradecom Pvt. Ltd. presented an exuberant fashion show in synergy with Marigold Watches Rohhit Verma showcasing a brilliant collection with a cause to promote the rich & versatile culture of North East India. One of Bollywood’s finest dancers & a friend of the designer, Sandip Soparrkar joined in the show & entertained the guests with his outstanding dance performance. 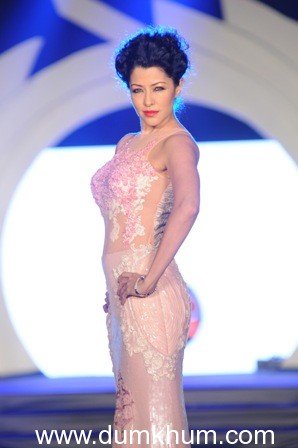 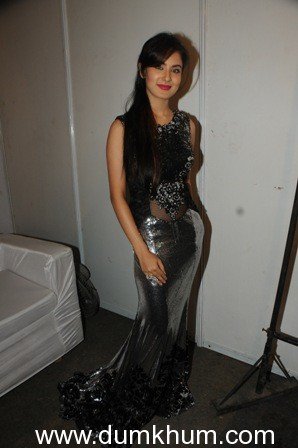 The show was conceptualized & choreographed by Lubna Adams. Rohhit Verma showcased his collection ‘Warps & Wefts’ & sequences based on solid colors, the main highlight of the show being the sequence personifying the weavers of India. Prem Sharma talks about his association with the fashion event, “I have been a part & parcel of North East ever since 1978 & consider it my duty & responsibility of Rudraksh Tradecom to promote the North East culture & also getting the talent of North east not only nationally but internationally & hence the synergy with Marigold watches Rohhit Verma Haute Couture who have beautifully designed the show ‘Warps & Wefts’ . It is overwhelming to have Bollywood’s finest faces Bipasha Basu & Neil Nitin Mukesh being a part of the fashion event.”

Rohhit Verma expresses his happiness over the synergy, “Prem Sharma is the power & brain behind the fashion extravaganza & we are here to support the cause to promote the North East culture. I have specially designed a sequence based on the weavers of India. Prem Sharma undoubtedly is working great guns to mark north East as the modern & rising star of the country.”

It was indeed a successful show.