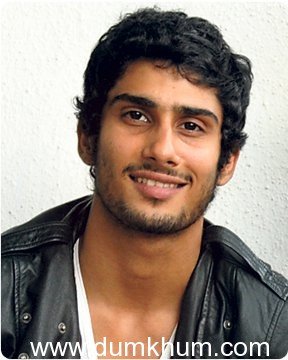 Prateik Babbar will make his debut in a Bengali film, a socio-political drama on an issue that jolted the nation’s narrative in modern history. The actor stars in the film “AURONI TAUKHON”, produced by Rahul Kapoor’s FAITH INCORPORATED MOVIES PVT  LTD & California based Sampoorna Entertainment and directed by Saurav Chakraborty, who assisted Ashutosh Gowarikar!
Director Saurav confirms  “Yes, it’s true that Prateik Babbar will debut in a Bengali film “AURONI TAUKHON”, an epic saga love story set in the decade of two controversial issues that rocked the nation. It’s a journey of love between the time the Babri Masjid was demolished (1992) and Gujarat riots ( 2002). I wanted to portray on how communal conflicts haunts you, even if you are not actively affected by it.

Prateik’s character is neither negative nor positive, but the film showcases the transformation after encountering adverse situations. Also since certain parts that will be shot in different cities, will have characters speaking in the local language”. The film stars Paoli Dam opposite Prateik and also has Indraneil Sengupta in a pivotal role.
Producer Rahul Kapoor adds “”AURONI TAUKHON” is epic saga love story and we are proud to have Prateik in the film. He is a terrific actor right from his debut film Jaane tu Jaane Na, which won him a lot of nominations and award. Prateik clearly has acting in his genes and is an actor of integrity, dedication, discipline and has the right sensibilities for the role of the protagonist.
What was important to Prateik was that the script and the role should be appealing enough to get into the skin of the character. We will shoot the film in Kolkata, Mumbai and Gujarat in the end of May, and even though the film is in Bengali, the film will have subtitles and will be dubbed in English for an international release. The English title is ‘TRYST WITH DESTINY’.

Mr. Rahul Kapoor’s –Faith Incorporate Movies Private Limited is a movie making company for content driven films venturing into different languages and genres. It has been also registered in Producers Guild of America and will soon be venturing into Hollywood cinema with a beautiful love story. It has just made an award winning Marathi film “JAI JAIKAAR” starring iconic theatre actor Shri Dilip Prabhavalkar, which has already bagged 6 international and 5 domestic awards and slated for a 6th June release. Besides the production house will be producing a Bollywood film to go on floors in July, which will be announced soon.