Pranutan Bahl shared a glimpse of her character from the upcoming film ‘Helmet’ as she dubbed for the quirky comedy in the city.
While dubbing for the film, Pranutan Bahl paused to give a sneak peek of her on-screen character. Visible only for few seconds, she was seen sporting an Indian attire, the actor looked beautiful in her simple avatar. Sharing the video, Pranutan said, “What I want to show is very special which is my Helmet character. See you soon”. 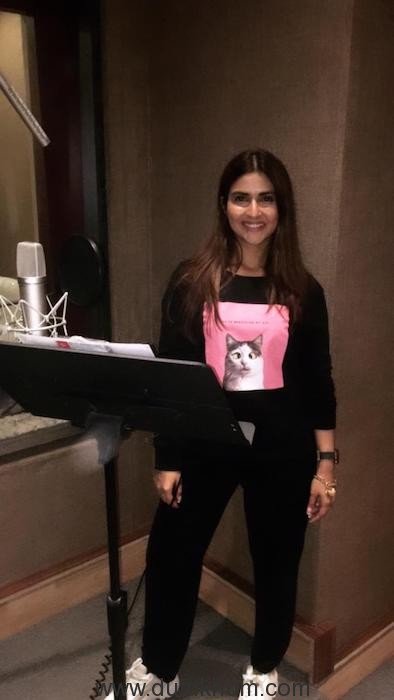 Wrapped recently, the Sony Pictures Network Productions and DM Movies’ first collaboration ‘Helmet’ is in its post-production stage. The quirky comedy presents a rooted tale highlighting a common yet embarrassing phenomenon.
Directed by Satram Ramani and produced by SPNP as well as actor-turned-producer Dino Morea, the film will see actors Aparshakti Khurana, Pranutan Bahl in lead roles along with Abhishek Banerjee and Ashish Verma.