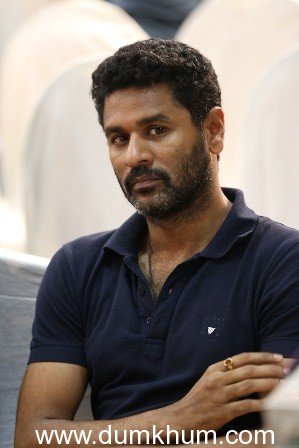 Known for producing thrillers like ‘Aa Dekhein Zara’, ‘Table No. 21’ and ‘3G’, Viki Rajani will be venturing into the ‘massy masala’ space for the first time with ‘R…Rajkumar’ and the producer couldn’t be more excited than to flag if off with director Prabhu Dheva .

Talking about how he teamed up with Prabhu and Shahid for the film, Viki Rajani says, “I met Prabhu sir before I did Table No. 21 and I had an idea for a script, which I told him about. He really loved the idea and he wrote the entire script of R… Rajkumar in his own style because he knows exactly what the audience wants. After that, Shahid heard the idea and came on board immediately as the story is very fresh.”

All praise for his director says Viki Rajani, “I really consider myself fortunate for having such a good director and script. One thing that everybody has noticed about Prabhu Dheva is that he is not somebody who goes by the rule book.He is always improvising, he is always acting out things physically and his mind is always ticking. He is a man who has 27 years of experience and his experience has helped him in being so well- planned.”