Power Comes in the Salty Water! Kavita Raha, founder of Pink Platform conducted a panel discussion on ‘Domestic abuse & battered women’ pompously on board of Voyager – Seven Seas with the woman achievers! 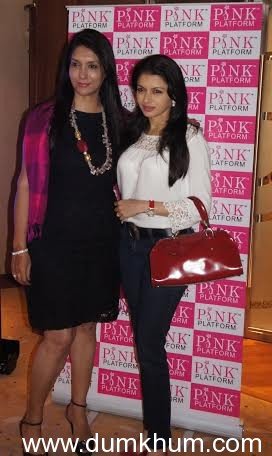 Pink Platform hosted a panel discussion on “Domestic abuse & battered women: Responsibility & obligations of the privileged class” on board of Voyager- Seven seas in the open Arabian Sea. A human rights specialist, doctors and a lawyer were in conversation with Kavita Raha, Founder & CEO; Pink Platform highlighting some of the human rights issues faced by women in our country along with pondering over our responsibilities towards women who are less fortunate than us.

Couturier Amy Billimoria, from her exclusive collection, put up a Saree for auction. A contemporary Saree influenced by the various aspects of a modern woman.

Pink Platform, an online community…the website designed to gather women from different walks of life onto a single forum where they can express themselves freely, discuss issues that matter and share their experiences, in turn helping enrich the lives of other women.

Explaining the mantra of Pink Platform, founder Kavita Raha mentions, “Our mantra is ‘Let start small, but start’… We are forming a ‘circle of trust’, so for those who are interested in contributing and starting small giving projects can register at the Pink Platform online portal. The Pink Platform network covers a vast array of topics that would be relevant for women all over the world, in different age groups, and includes subjects such as parenting, healthcare, and domestic issues to beauty, entertainment, personal finance, food and travel, to name just a few.”

The panel discussion revolved around topics of sexual & domestic abuse where everybody openly discussed the sensitive issues.

Sexual abuse still remains largely hidden. The recent outrage over the allegations of abuse of a Tehelka staffer by the editor has led to fresh discussions about sexual harassment in the work place. Quite often, women choose to shrug it off fearing problems at work, because they lack the support that they will need to pursue criminal charges considering that the perpetrator is often in a position of power, and above all because they want to avoid further harassment due to a long drawn police investigation and trial process. This is true in most cases of abuse, and crimes are rarely reported unless the injuries are so critical that they person needs medical care, in which case doctors are obliged to inform the police.

Domestic violence too remains largely hidden. While it can occur across classes, the victim often feels economically dependent on the perpetrator, unwilling to risk the hardship she and the children might encounter if they complain. Of course, there are the more complicated areas of marital rape. 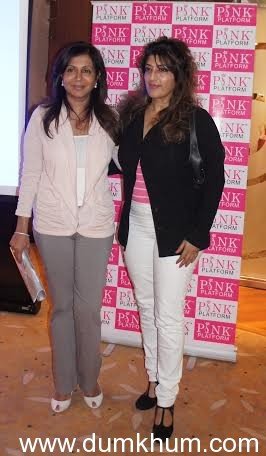 Talking about how Pink Platform came into being, Kavita Raha explains, “Women are constantly balancing their time and priorities between home, children, spouse/ partner, and the workplace with each demanding their share of importance and attention. To add to it all, this constant act of juggling responsibilities is seen as being merely supportive in nature and often doesn’t receive adequate recognition. Between all of this, they get very little time or opportunity to cater to their own needs or discuss their problems and issues. And this is where pink Platform steps in.”