Polish Tourist Organization brings Film Polska & Alvernia to Mumbai promoting Poland as the preferred destination for Bollywood overseas shooting location through their ‘I like Poland’ presentation. 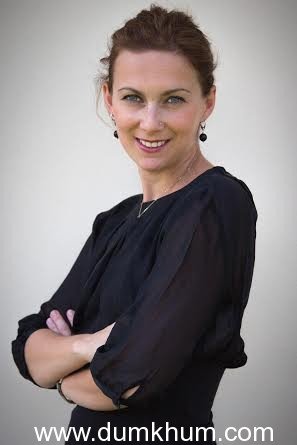 Polish Tourist Organization represented by Celebrations is organizing a meet & greet with the Indian Film Industry stake holders on the 29th March at JW Marriott.

To not get mesmerised by the natural beauty of Poland is almost impossible. Beautiful mountain ranges, breathtaking lake views and sandy beaches have borne testament from major film industries from across the world.

It is hard to ignore the Sudetes and the Carpathians mountain ranges which stretch along the Polish southern border when talking about Poland’s diversified landscape. The Sudetes are one of the oldest mountain ranges in Europe with the highest peak, Śnieżka, reaching up to 1,602 m. The Tatra Mountains are the highest mountains in the Carpathians ranges, which are younger than the Sudetes, include the Tatra Mountains. Rysy is the highest peak here with a height of 2,499 m. People can either go skiing in winters or hiking all year around. If not that, places like the Zakopane resort town would take you to an earlier time with its gorgeous wooden houses and evident art.

Hundreds of lakes scattered among picturesque hills and forests make up much of Masuria and Pomerania in the northern part of Poland. The Masurian Lake District in Poland has even made it to the finals of the ‘New 7Wonders of Nature International competition’. The biggest lake, Śniardwy, has an area of 113.8 square kilometres. Sandy beaches of the Baltic Sea coast stretch for kilometres in the north of the country.

The Indian film industry has always appreciated Polish sights and landscapes. For instance, Cracow, the Tatra Mountains, the Stołowe Mountains, the Ogrodzieniec Castle and Kłodzko were used in scenes portraying the characters’ dreamland in “Saguni,” starring Karthi Sivakumar and Pranita Subhash. A part of the Aamir Khan starrer ‘Fanaa’ was shot in Zakopne, the mountain capital of Poland. Kraków and Małopolska have also been featured in Bollywood films such as ‘Azaan’, ‘Rhythm’ and ‘Mujjahir’. Scenes for the film, ‘Yeh Jo Mohabbat Hai’ were shot in Kraków and in Zakopane. This featuring of Poland in both movies and commercials, particularly in Kraków, Małopolska and the Pieniny Mountain regions, has led Indians to perceive Poland as an exotic country

The rendezvous with the Indian film industry stake holders will see the presentersaccompanied by Polish consultants highlighting POLAND AS THE NEW CHOICE FOR OUTDOOR SHOOTING LOCATION!

Robert Kępiński: – Graduated in International Law from University of Warsaw. Has an experience of more than 30 years in the tourism industry and government administration.

In his career he was Deputy Minister of Sports and Tourism, Director General, Tourism Department Director; as well as Director of Polish National Tourist Office in Amsterdam and in Brussels. At present he is a director of the Marketing Planning Department in Polish Tourist Organization.

Emilia Kubik:- Graduated in Tourism & Hotel management as well as Comparative Studies of Civilizations. In 2005 she joined Polish Tourist

Organization, and almost right away started to cooperate closely with partners from Indian and Chinese markets. In 2013 she was appointed as leader for “I like Poland!”  Project the first multimedia campaign of Poland on Asian continent. Ever since she remembers attracted by Indian subcontinent & passionate traveler and amateur photographer!

Also known as Stan, Stanislaw Educated in film on the American Continent, arrived in 1993 straight from Hollywood to Warsaw. Has and always will be involved in numerous film projects. His career in advertising started in 1988. In 2002 he joined ITI Film Studio as the Head of Film and Commercial Production. Since January 2007 – the President of Film Produkcja, Producer of hundreds of commercials, few feature films and 2D/3D animations! Great skier! You can easily mistake him for the famous Bode Miller.

Two major private sector companies – Film Polska & Alvernia are also participating in the event displaying their product at the venue.