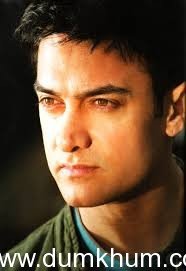 This June, &pictures, India’s first interactive television movie channel, known to air path-breaking content and bringing viewers closer to their favourite stars, is taking a step further by releasing Aamir Khan’s first unreleased movie on television. The actor known to be a perfectionist in every aspect is all set to showcase his only unreleased film on Sunday, June 8, 2014 at 8:00pm.

&pictures is a reflection of the subtle evolution of movies and movie viewing experience in India, and its positioning revolves around two keywords- interactivity and engagement. Staying true to its positioning, the channel is engaging with its audiences through Twitter. Fans will get a chance to post tweets using specially created hashtags for the day and interact with Aamir Khan and Karan Johar. &pictures along with Twitter will also set up a ‘Vine Mirror’. The ‘Vine Mirror’ will help take a video with the help of just one push button which will then be uploaded on Vine from time to time while at the studio

On this occasion Mr. Akash Chawla, ZEEL Marketing Head, National Channels, said, “We at &pictures always look for interesting innovations and integrations in making sure that we fulfil our promise of bringing our viewers closer to their favourite stars. We have invited fans to ask questions via #AAMIRANDYOU which will allow fans to come up close and interact with Aamir Khan and Karan Johar while watching his unreleased film this Sunday. We are extremely excited and look forward to creating a trend with such campaigns like no one else.”

Collaborating with &pictures, Rishi Jaitly, India Market Director, Twitter said, “Twitter is the second screen of choice for viewers globally as they can interact with their favourite stars in real time and participate in live and public conversation about their favourite TV shows. During this particular broadcast, movie fans can watch with Aamir Khan and Karan Johar by engaging with them in real-time conversation on Twitter and catch a glimpse of behind the scenes on the sets of &pictures through 6 second Vines shared on Twitter and Vine. We are extremely happy to support &pictures in their initiative to get closer to their audience by delighting them with #OnlyOnTwitter moments .”

&pictures is a reflection of the subtle evolution of movies and movie viewing, which can be attributed to the evolution of movie viewers. Today, the divide among people from various walks of life is fading and fast disappearing. Things like nationality, religion, caste, creed and colour have little or no influence on why people interact, mingle, work, party and celebrate with each other. Today’s viewer is inclusive in nature. He accepts the new and respects the old. He connects. He soars.

The Ampersand depicts the new age viewer’s graceful ability to connect with cultures, people and practices, as he pursues his dreams. The Ampersand in the logo merges seamlessly with the ‘P’ of Pictures and connotes the ease with which today’s viewer blends his ambition to soar high while remaining rooted to his sacrosanct values. The colour red also constitutes similar traits. It radiates his bold ambition as well as the richness of his traditional values.

The line ‘SapnonkiUdaan’ celebrates this unique phenomenon, who’s reaching out to his dreams in newer skies with the power of his capability, confidence and elders’ blessings.