Peek into the persona of  multifaceted Tehseen Poonawalla. 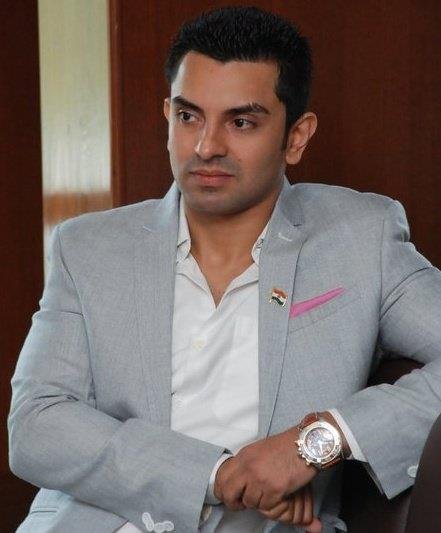 There is never a better measure of what a person is than what he does when he’s absolutely free to choose”. – William M. Bulgar
The above quote cannot be truer of Tehseen Poonawalla! Tehseen at the mere age of 30 has accomplished what most of his peers only aspire for. He is an acclaimed political analyst, a social activist and a flourishing entrepreneur, all amalgamated into a super energetic and enterprising mind. Tehseen has all the opportunities to go the same route as most privileged at his age do, but he has chosen a different path for himself. Always one with extremely strong and pragmatic viewpoints, Tehseen believes his calling is to work in a direction which benefits the Indian society as a whole and not just his immediate periphery. Hence, the establishment of his ngo 2047,a way to provide a platform to the youth of India, who he believes are the architects of a better tomorrow. He has in his endeavor been an active member of various youth activities and forums pan India like the much debated Common Wealth Games, The Pune Marathon, The Pune Film Festival along with heading the membership vertical for Young Indians (Yi), the Youth Wing of the Confederation of Indian Industries (CII). Because of his active engagement with the youth, his expertise is often sought out by several youth leaders in the field of politics, media and social entrepreneurship. Tehseen has always been an avid reader of law, mythology, politics, biographies of leaders, gamechangers and histories of nations. Having extensive knowledge on the current global politico-social scenario, he is frequently invited onto national leading channels for debates and views. Even with his hectic schedule, he has authored a soon to be released book, based on the ever-changing dynamics of the largest democracy, INDIA. Covering points like Kashmir, economics of an emerging nation, constitutional rights, all using simple verbiage, a book authored for the common man and elite alike. This book, his take on the country and its various facets, reflects the thoughts of a large section of the youth of today. He believes its time for the youth to wake up to the needs of the country and realize that each one can be a contributing part towards the progress of India. With strong Gandhian values and prescribing to Gandhian ideals, he does not believe in standing by whilst injustice is being metted out, irrelevant of the scale. Case in point being his recent action taken against a certain Bombay based ACP and his high handed behaviour towards all in general. Be it his “hockey stick” regime, or his loose branding of women as “prostitutes” , Tehseen has taken a stand against this injustice and has filed petitions with the NHRC as well as the NCW and is awaiting further action. (PL NOTE: soft copies of both petitions can be shared on request). Extremely motivated by Gandhijis Talisman he plays an active role in the empowerment of the lesser privileged, he does all he can to spread the word about basic civic responsibilities and rights. A big believer in the Indian judiciary system, he promotes the right each individual has to freedom, justice and fair treatment along with other basic fundamentals.
To unwind, he enjoys ‘gym’ming, outdoor activities, listening to music and writing. In the past he has established and run successful gyms and dabbled in the restaurant business as well. Someone with oratory skills par excellence,Tehseen is also a popular face at youth fests and seminars where he is invited to speak on various topics of relevance to motivate and educate the audience.