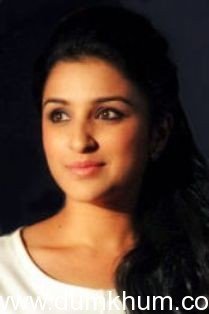 Parineeti Chopra who will next be seen in Dharma Productions and Phantom Films’ Hasee Toh Phasee alongside Sidharth Malhotra ,studied Mandarin extensively for a certain scene in the film.The scene in question sees Parineeti answer an interview held by an Asian organization as she speaks fluent Mandarin.

Confirming the news, Vinil says, “We wanted the scene to be as authentic as possible and so, we decided that instead of making Parineeti talk gibberish and present it as Mandarin, we should make Parineeti learn some Mandarin for the scene.” The two Malaysian actors Cynthia and Mayjune patiently helped Parineeti learn the few phrases needed for the scene and Parineeti was quite excited about getting to learn a new language for the film.

Says Parineeti, “Yes, I had a great time learning Mandarin for the sequence. I had thought that it would be tough to learn the phrases as I was not familiar with the language at all but the two Malaysian actors patiently taught me and made the learning process quite fun.”