The story of Director Sachin Gupta’s (Theater Stalwart & National Award Winner) debut feature film ‘Paranthe Wali Gali’ starts from the famous and popular lane in Delhi and then moves into the lives of the characters living there. This film can be considered the story of unsung love that blossoms in very famous lane of paranthe in Old Delhi, and deals with affair of emotions and caring between the couple.  Set in the backdrop of theater, it is about their journey giving inroads into life in theater.  A romantic comedy, it also has various other dimensions.  It is a sensitive film of dreams, success, failure and relation. It is something that everybody who dreams, can relate to.

The film is trying to touch parts of Old Delhi from Dariba Kalan to Kinari Bazaar and Khari Bawri – places that have not been explored till now. 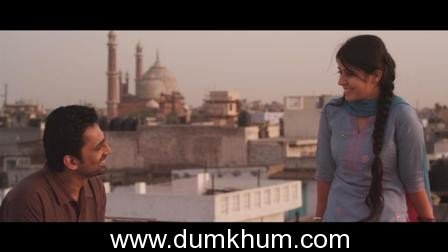 It is a place of much nostalgia for many people. The name itself has romantic foodie connotations. As a allegory to life, one can fantasize about plates of steamy, crispy, puffed up Paranthas, drowning in lots of gooey, yummy ghee, stuffed with an array of vegetables and meats. Length of the film