Paramount Pictures releases 3 brand new images from Transformers for its fans to enjoy! The makers of the blockbuster hit franchise ‘Transformers’, have released 3 new magnificent Images from their latest sequel, Transformers: Age of Extinction.

The two out of the three stellar images show the superb leader of the brave Autobots ‘Optimus Prime’ in all his glory. The third image showcases the ever lovable and loyal Autobot sidekick the yellow fighter Bumblebee posing majestically in his real avatar. These images will remind the fans of their favourite action packed series as they eagerly wait for the film’s release. 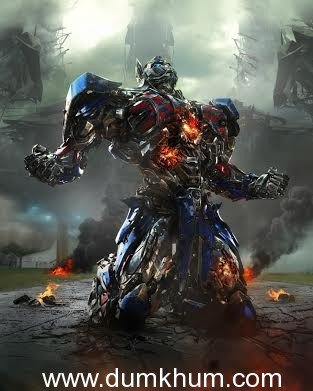 Transformers: Age of Extinction revolves around a mechanic and his daughter as they make a discovery that brings down Autobots and Decepticons – and a paranoid government official – on them. Starring Mark Wahlberg, the action packed film is directed by Michael Bay and also stars Nicola Peltz, Jack Reynor, Stanley Tucci, among others.