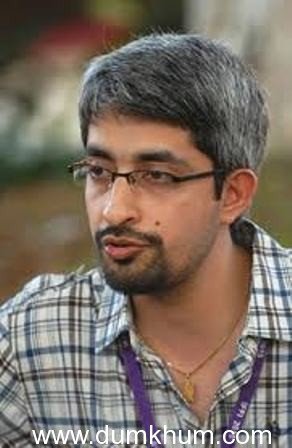 Director Abhishek Sharma, who made his directorial debut with the political satire ‘Tere Bin Laden’, is back with the sequel of the film Walkwater Media’s ‘Tere Bin Laden 2’ that promises to be bigger and better than the 2010 sleeper hit.Buzz has it that the makers re-created Pakistan in Mumbai for the film!

Abhishek Sharma has re-created Abbottabad, the Pakistani district where Osama bin Laden was found and killed by American Special Forces on May 2, 2011. The set has been erected by production designer Wasiq Khan in Mumbai’s Film City and reportedly, the production team did extensive research to create the Pakistani suburb in Mumbai, getting specific details about the house and the environment.

If that wasn’t all , the makers also used VFX technology to create a Black Hawk, a chopper used by the Navy SEALs during Laden’s assassination,similar to the one used in Kathryn Bigelow’s Oscar-nominated Hollywood thriller ‘Zero Dark Thirty’ . Says Abhishek Sharma , “We only had a rough sketch of the chopper which was leaked to the media by the American officials, as our reference points. The film is a comic satire and does not look to offend”.

Starring Manish Paul, Sikandar Kher and Pradhuman Singh (who will reprise his role as the Osama lookalike), Walkwater Media’s ‘Tere Bin Laden 2’, directed by Abhishek Sharma is scheduled to release next year.