‍♀️ chase terrorist drama “Operation Parindey” with typical finesse of a motion picture.
Only in this case he has a very thin story line. This whole operation lasts 12 mins in which 4 gangsters and 2 terrorists runaway in the 3 cars. The government is under tremendous pressure and so is the department, so a Special Task Force is formed under the supervision of Additional SP Manoj played by Amit Sadh along with his team Kartar and Mallu.
Now the villain 🦹‍♂️ in question is played by Rahul Dev who looks every bit the quintessential Sadhu in the garb of a militant brain wave.
Director Sanjay Gadhvi has managed to keep the momentum intact by shooting some aerial action sequences creating the element of suspense and drama very much going and keeping you engaged. Especially the chase where Amit and his team close in on Rahul Dev at the Nizamuddin Station

work and some tricky shots really lift up the tempo and make it an all consuming fare. 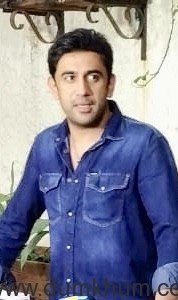 Amit Sadh is a very good actor and goes about clinically executing his shots and tries his level Best to maintain the consistency of  the intensity expected of an Official on Special Task Force where as Rahul Dev does somehow look and manages to bring across that menacing and cold blooded approach  quite effortlessly.
Amit Gaur and Rucha Inamdar do their bit to add to the narrative