Once Upon a Time in Mumbaai-2 scheduled for Eid 2013 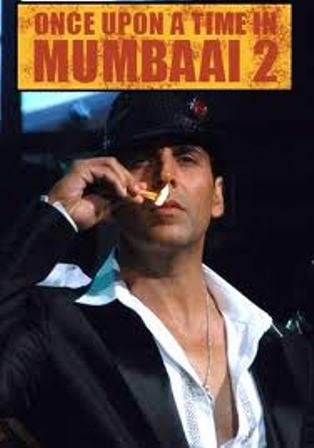 The sequel to the 2010 blockbuster Once Upon a Time in Mumbaai readies for release on the auspicious occasion of Eid next year.

And while a survey touted the sequel to be among the most anticipated sequel, the makers have decided on the film’s nationwide release on Eid given its enormous stature and scale. Interestingly, the film’s four leads also play Muslim characters in the film.

Says Luthria, “‘The film-going public can celebrate this festival next year with the unexpected combo of Akshay Kumar and Imran Khan who are terrific together, along with Sonakshi Sinha and Sonali Bendre, all of who are playing flamboyant Muslim characters.We’ve already recorded a brilliant Sufi qawwali and there’s lots more…. mainly…. Entertainment… Entertainment… and Entertainment!”

Adds producer Ekta Kapoor, “Once Upon a Time in Mumbaai-2 is our biggest project and among the most keenly awaited tent-poles of 2013. Everything about the film – its size, set-up, music, release and marketing are going to be larger than life. Eid is the best time to release this runaway mass entertainer!”

Rajat Aroraa, who wrote Once Upon A Time In Mumbaai and The Dirty Picture, is the writer, and Pritam, who had scored a chartbusting soundtrack for the original, returns on the sequel.

A part of the film has already been shot in Muscat (Oman). The remainder will be shot at real locations in Mumbai.