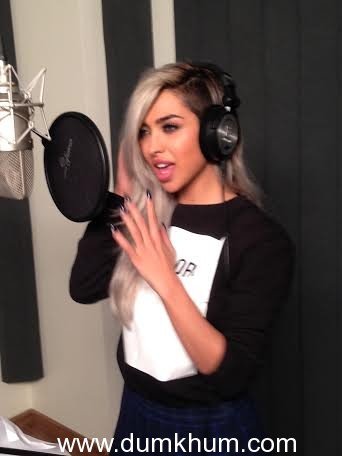 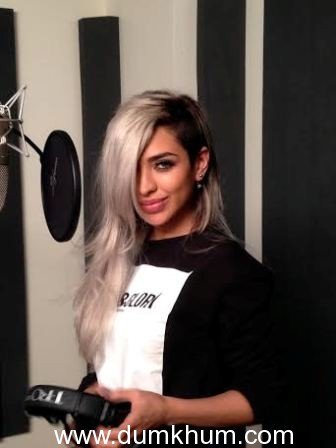 After AAMIR KHAN & KATRINA KAIF’s launch of the much anticipated Dhoom Machale Dhoom at YRF Studios in Mumbai, Arab singing sensation NAYA adds to the excitement and thrill by crooning the chartbuster song in Arabic exclusively for the most awaited film of 2013, Dhoom:3! Directed by Vijay Krishna Acharya and Produced by Aditya Chopra, Dhoom:3 stars Aamir Khan as Sahir the “Clown Thief,” Abhishek Bachchan as Jai the “Super Cop,” Katrina Kaif as Aaliya the “Acrobat Diva”  and Uday Chopra as Ali the “Ace Biker.”

Dhoom is India’s biggest and most successful action franchise, as well as the most anticipated film from India till date and perhaps the most awaited Bollywood film of all time. This cops and robbers high speed, high octane action adventure brings the Arab fans of the franchise an amazing surprise treat.  Along with the top most singing stars from India, the album will now also feature the local Arab singing sensation Naya!

Naya has created her own space in the Arab music world since her debut in 2009 and continues to win hearts with her brand of music and singing the title track of Dhoom:3 will no doubt add another feather in her cap. The title track of the Dhoom franchise has always created great excitement and with Naya lending her voice to the track, the Dhoom Machale Dhoom fervour will only go many notches higher with this very special rendition which every music fan is sure to enjoy!

Catch this super song which is expected to set a brand new benchmark on Radio or watch the music video featuring the stunning Katrina Kaif in DHOOM MACHALE DHOOM with Naya on vocals. Catch it on TV and on: THIS YEAR WILL END WITH A DHOOM!