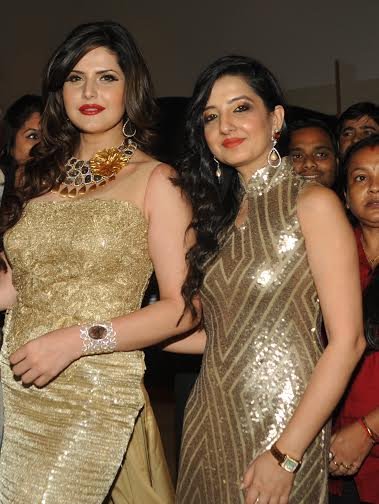 ~ Ashwin Shetty’s directorial debut set to be a comic caper ~

Producer Bhushan Kumar’s upcoming film, ‘Nonsense’, is all set to star Sharman Joshi alongside Virr Das and Zarine Khan. This will be the 3 Idiots actor’s first film with comedian and Delhi Belly star Virr Das.

Sharman Joshi is playing the role of an NGO worker who brings together warring families in ‘Nonsense’. Best known as a stand up comedian who is spontaneous and has an impeccable sense of humour, Virr Das is set to act alongside Sharman and the expectations from the duo can only be high.

Sharman Joshi, who is known for his ability to add humour even to the most serious themed films, decided to sign up for ‘Nonsense’ within minutes of hearing out the narration of the script. “It was totally hilarious. I heard the narration and I couldn’t stop laughing. I simply had to be a part of this project. It’s quirky and rib-tickling. I hope people like it as much as I did,” Sharman said.

It is also director Ashwin Shetty’s first solo film. Having worked on many TV commercials and as an associate director on films like Heyy Babyy, Housefull and Heropanti, Ashwin Shetty’s work has greatly impressed producer Bhushan Kumar. The dialogues and screenplay for ‘Nonsense’ are being written by Harsh Limbachiya of Comedy Circus fame.

Set to be shot extensively in Shimla over two months, ‘Nonsense’ is scheduled to go on floors in March 2015.