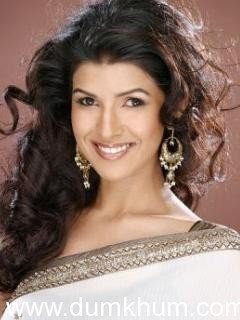 Nimrat Kaur is all set to yet again essay a wife’s role this time with Akshay Kumar in his next film Airlift. In the film, Akshay will be seen playing Ranjit Katyal, a billionaire businessman who aids the high-profile rescue operation. Nimrat plays his wife and aide. Bhushan Kumar’s T-Series along with Cape of Good Films, Crouching Tigers and Emmay Entertainment will jointly produce AIRLIFT. Directed by Raja Krishna menon Airlift is a concept inspired by real life incidents of human evacuation specially in war zone areas.

Bhushan Kumar, producer T-Series, says, “The story is about Ranjit played by Akshay Kumar who helps in the world’s biggest human evacuation. We were looking for an actress with a strong persona to play his wife which will do justice to the strong emotional support the lead character needs. Nimrat has done a really good job in her previous films and made a mark in the industry. I am happy she is on board for the role.”

Nimrat who has played a wife’s role before as well will share the screen for the first time with Akshay Kumar where she plays a pivotal role. The film that will be made on the lines of a sleek Hollywood thriller goes on floors in May 2015. The film will extensively shot in the Middle East to recreate Kuwait’s war zones.