Nidhi Dutta: There will be high expectations from me 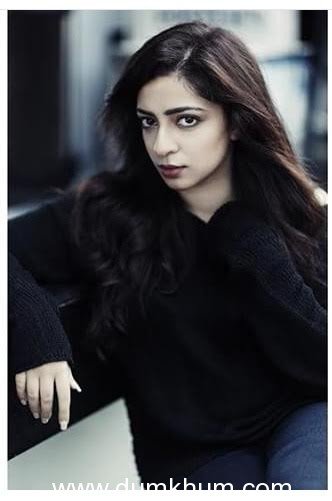 The doting daughter of the veteran filmmaker JP Dutta who chose to be an actor is aware of how lucky she is to have been born in the Dutta family. “People ask me if it’s difficult to be born to a father who is a brand in himself and my mother, who was an actress, since people will have high expectations from me. I’m very lucky and only very few have the blessing to be born to parents like mine. I assist my dad in his productions, I go to office regularly and I’m aware that there are one billion people out there who would want the opportunities that I have got,” says Nidhi, who will be seen as a travel blogger in the film, that will also mark the debut of actor Nafisa Ali’s son, Ajit Sodhi.

Being the third generation joining the industry, Nidhi is open to the repercussions of coping with bouquets and brickbats. “I’ve seen my father’s journey very closely. And I’ve learned that it’s alright if the film doesn’t work, all you should focus on is giving your best. A few of his films may not have worked at the box office, but no one can say that he made a bad film,” she says.

What’s her father’s advice? “He tells me, ‘Give it your best, leave the rest to God and always be full of gratitude’,” says Nidhi, who always knew acting was her calling. “Dad always knew too. He’d say, ‘Obviously, since you’ve always been such a nautanki’,” she adds. So, is she more of a daddy’s girl, we ask. “Since my mom was an actor, she understands me better. Dad is like, ‘Why are you so fussy about your hair and makeup?’ But mom understands it all,” she laughs.