~ Some promising projects: ‘No Land’s Man’, ‘Proposition for a Revolution’, ‘The Strange Case of Shiva (Sivapuranam)’ and ‘Love of Man’ bag completion funds at Film Bazaar 2014 The project/ films at the Film Bazaar that have received Development awards, etc are as under In recognition of the role that the platform has played in facilitating the growth of cinema in recent years, Mr. Vidhu Vinod Chopra, eminent director and producer has come forward and extended an interest free repayable loan of INR 10 Lakh to the film, Haraamkhor’ by writer and director Shlok Sharma on behalf of Vinod Chopra Films and Rajkumar Hirani out of the Film Bazaar Recommends selections of films looking for gap financing. This is a new initiative to ensure that while funds are made available to deserving film makers, they are also responsible for returning the monies. This sum of 10 lakhs in the form of floating fund that would be given to deserving films in the next edition of Film Bazaar after the recipient of this year’s award returns it. Likewise Mr. Manish Mundra has extended an interest free repayable loan of INR 10 Lakh to Rinku Kalsy’s for ‘Love of Man’ and awarded prize money of INR 10 lakhs to Arun Karthick for ‘The Strange Case of Shiva (Sivapuranam)’, both showcased under Film Bazaar Recommends. Day 4 of Film Bazaar 2014 began with a session on ‘Promoting India as an International Filming Destination’, followed by panel discussions on ‘Monetisation of Indie Films’ and ‘Cinemas of India – Punjab’. The Knowledge Series also featured a master class by film maker Anurag Kashyap in conversation with Nina Lath Gupta, Managing Director, NFDC on ‘How and why to maximize your film. Is there a formula?’ They addressed various aspects of maximizing a film’s potential and shared experiences on Film Bazaar as a mentorship platform for a film maker. An afternoon session saw Rajeev Masand in conversation with noted film maker Karan Johar discussing what goes behind nurturing and mentoring the future star actors and directors of Bollywood. At the Producer’s Lab, day 4 saw sessions here on ’How Not to Mess Up on Post’ with Editor and Post-Producer Vijay Venkatramanan and ‘An Introduction to the CNC Fund’ by Emmanuelle Deprats. 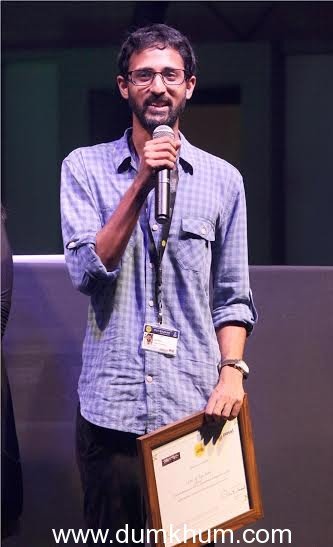 Started in 2008, Film Bazaar has come a long way and become a sought after annual film market that connects filmmakers with producers, distributors and critics. This year’s Film Bazaar marked many new beginning besides creating networking opportunities for mainstream as well as new film makers and saw participation of about 1050 Delegates from over 38 countries. Film Bazaar also promoted co-productions by facilitating collaborations among potential domestic and international partners. According to Nina Lath Gupta – Managing Director, NFDC India, “The response at the 8th edition of Film Bazaar has been overwhelming. We are truly pleased to see that our endeavor to encourage and showcase the film talent of India and South Asia at a global level, has reached new heights. What started as an idea eight years ago has evolved into a vital annual film event that the film fraternity looks forward to, year after year.”

The networking lunch today was hosted by the Tamil Nadu tourism and Co-optex and the networking cocktails were hosted by Abu Dhabi Film Festival at the Marriott Resort, Goa.