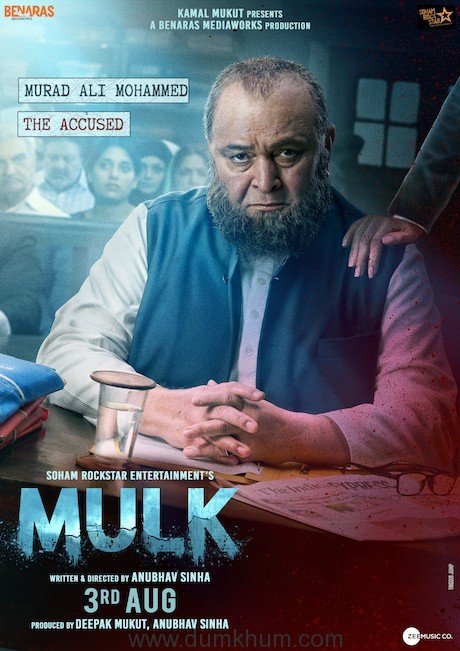 Bolstering the steadfast popularity of the legal drama genre in Bollywood, courtroom drama “Mulk” will get its theatrical release in India on August 3, 2018.

The makers of the film have released the first look of the film with two posters one starring Taapsee Pannu and Rishi Kapoor. The film is directed by Anubhav Sinha. 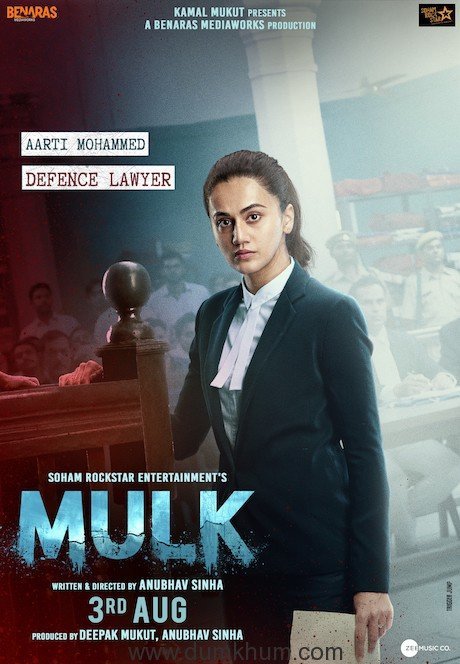 Presented by Kamal Mukut and Soham Rockstar Entertainment, a Benaras Media Works production, the film is produced by Deepak Mukut and Anubhav Sinha.