NETFLIX WELCOMES YOU TO THE WORLD OF ‘QALA’ After the tremendous success of the visual masterpiece Bulbbul, Netflix has once again joined hands with the creative powerhouse Clean Slate Filmz (Anushka Sharma and Karnesh Ssharma’s production house) and director Anvitaa Dutt. Netflix, today, revealed the first looks from the set of Qala starring Tripti Dimri, the lead actor in Bulbbul who swept hearts and accolades with her performance, along with Babil I. Khan. The film marks Babil’s debut and also stars Swastika Mukherjee. 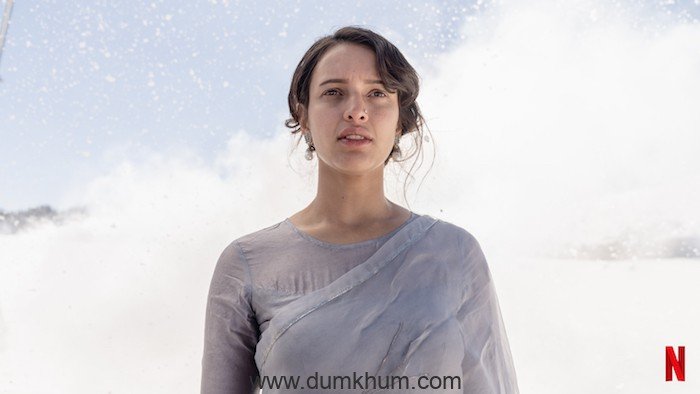 Talking about the film, Anvitaa Dutt (Director) said, “Mother-daughter relationships are sacred and often complicated. Qala is a beautiful, heart-breaking story about a daughter who craves her mother’s love. I am ecstatic to have such incredible actors on-board and cannot wait for the world to discover the film with Tripti, Babil and Swastika. It’s always a pleasure to partner with Clean Slate Filmz and Netflix as they believe in bringing to life empowered stories like Bulbbul, and now Qala.” Karnesh Ssharma (Producer, Clean Slate Filmz) said, “At Clean Slate, our aim is to always produce content that stands out. Netflix, as a partner, shares the same vision which enables us to tell stories which are unique, clutter-breaking and heart-warming. After the success of Bulbbul, we are happy to announce our second film association with Netflix for Qala.” “With Bulbbul, we found imaginative creative partners in Clean Slate Filmz to bring to life the stunning vision of Anvitaa Dutt. We are thrilled to reunite with them for Qala, and once again tell an intricate tale of a woman that we hope will resonate with many. We are also excited that the incredibly talented Tripti Dimri will be back on Netflix, this time with the promising Babil I. Khan, the newest addition to the growing Netflix family”, said Srishti Behl Arya, Director – International Original Film, Netflix India.

Netflix is the world’s leading streaming entertainment service with over 204 million paid memberships in over 190 countries enjoying TV series, documentaries and feature films across a wide variety of genres and languages. Members can watch as much as they want, anytime, anywhere, on any internet-connected screen. Members can play, pause and resume watching, all without commercials or commitments.

Clean Slate Filmz is a production house established by Anushka Sharma and Karnesh Ssharma in 2013 with the goal of creating relevant, entertaining and clutter-breaking content for audiences across platforms. It has to its credit film projects such as NH10, Phillauri, Pari and more recently, the Amazon Original Paatal Lok and the hugely acclaimed Netflix film, Bulbbul