The National Basketball Association (NBA) and The 120 Media Collective, a leading content creation and communications company, today announced a partnership to operate the customized NBA.com in India, the NBA’s official digital destination in the country.

The geo-targeted NBA.com will offer Indian fans access to all things NBA, such as video highlights, game recaps, scores, stats and more.  The responsive and mobile first digital destination will also provide extensive localized content, including podcasts hosted by local basketball personalities and a special section dedicated to Sim Bhullar – the first player of Indian descent to play in the NBA – and Satnam Singh – the first Indian player to be drafted into the NBA. 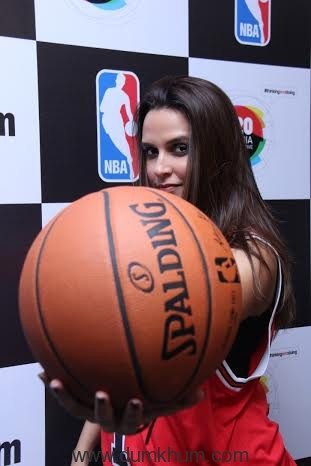 Additionally, NBA.com in India will feature personalized settings for fans to follow their favorite NBA teams and players, an NBA FIT corner with instructional basketball content, and “Supreme Courts” showcasing the best basketball courts across the country.  Through the digital destination, fans will be able to access NBA LEAGUE PASS, the league’s digital package offering a full season of live NBA games and rich archive of NBA content.

“The popularity of basketball in India has never been stronger, and our newly redesigned digital destination will provide Indian fans with instant access to NBA news and content,” said Tatum.  “We are committed to the growth of basketball in India, and we will continue working with our partners to introduce new ways for fans to experience the NBA.” 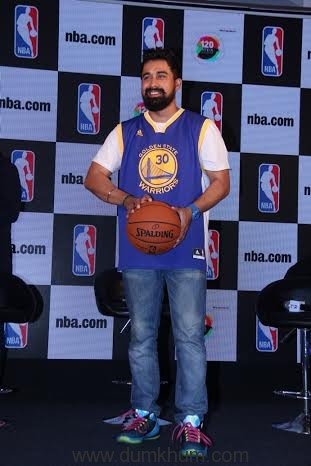 “We are excited to be partnering with one of the world’s leading sports properties to engage deeply with Indian audiences,” said Saluja.  “NBA.com lies at the core of The 120 Media Collective’s engagement strategy and will be supported by robust distribution to ensure our content is seen and shared where the audience already is.”

“The 120 Media Collective’s expertise in innovative content creation makes them an ideal partner to produce locally relevant content to engage our fans,” said Colaco.  “Our new partnership will help us grow our expansive digital presence in India by providing our digitally savvy fans with a way to connect with their favorite teams and players.”

Along with the customized NBA.com in India, the NBA features 19 international online destinations.  The digital destination in India will continue to introduce new features in the coming months.

The NBA is a global sports and media business built around three professional sports leagues: the National Basketball Association, the Women’s National Basketball Association, and the NBA Development League.  The league has established a major international presence with games and programming in 215 countries and territories in 49 languages, and NBA merchandise for sale in more than 125,000 stores in 100 countries on 6 continents.  NBA rosters at the start of the 2015-16 season featured 100 international players from 37 countries and territories.  NBA Digital’s assets include NBA.com and the NBA app, which achieved record traffic during the 2014-15 season, as well as NBA TV.  The NBA has created one of the largest social media communities in the world, with more than one billion likes and followers globally across all league, team, and player platforms.  Through NBA Cares, the league addresses important social issues by working with internationally recognized youth-serving organizations that support education, youth and family development, and health-related causes.

About The 120 Media Collective

The 120 Media Collective is a communications and content group with digital at its core.  Declared as the Content Marketing Agency of the Year at Content Marketing Summit Asia 2015, the company comprises subsidiary brands Jack in the Box Worldwide, one of South Asia’s leading agency brands in the digital space; Bang Bang Films, India’s International Production Company; Sniper, that aims to redefine commercials and content production in the digital age, and Sooperfly, a network of digital content brands that agglomerates audiences through a mix of content and context.  With the highest level of credibility and relationships with brands and superlative multi-platform content creation capabilities, The 120 Media Collective is pushing the boundaries and blurring the lines between communications, entertainment and technology, manifesting its core belief, #thinkinganddoing.