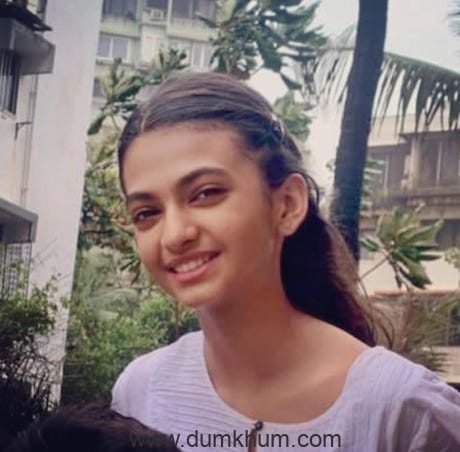 Nawazuddin Siddiqui is currently busy with his upcoming line of work, one of them including Haddi. The actor has achieved everything he needs to in his career and has changed the destiny of himself and his family. Currently, the star has a tight schedule and has no time in hands. Once the star got over his work, he took to his social media and penned down a beautiful note. He shared her picture and wrote “There is nothing more precious than your smile, Happiest Daughters Day

#Shora
Check out: https://www.instagram.com/p/Ci8HVMThoIp/?utm_source=ig_web_copy_link
Recently, the first look of his upcoming film Haddi was revealed and it took the internet by Storm. Fans are overwhelmed with how on-point the actor looks and they can not get over it. The star will be seen playing a role of a transgender for which he works really hard. Lately, an insider revealed that Nawaz takes about four good hours to get ready for his character in Haddi.
While Nawaz is a very hardworking actor, he is a big name in the country for the amount of diversity he offers with his roles. His portfolio of taking up challenging roles has always impressed his fans and has garnered him a ton of love. Meanwhile, on the work front, Nawaz has an interesting lineup of films which includes ‘Tiku Weds Sheru’, ‘Noorani Chehra’, and ‘Adbhut’ among others.