The film was also selected for the 64th Berlin International Film Festival where it won the Crystal Bear by the Children’s Jury in the Generation KPlus Selection. The idea for Killa came to Avinash Arun when he was in the FTII and his father kept having to be transferred from job to job. Avinash as he rec0llects in his own words “In my childhood, I traveled quite a lot and quite frequently because my father had a transferable job. Every place was a new experience. People were different, the culture was unique. By the time I would settle down, make friends, familiarize myself with the place and its culture, it was time to move on. Those were difficult times and now when I look back, all the people and the experiences shaped my personality, it was about growing up and accepting. Killa is an attempt to cherish those moments. It’s a film about my past, which has made my present. 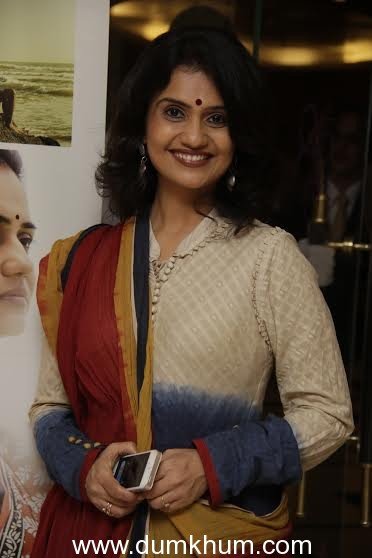 Killa is human experience printed on celluloid. With frames so ethereal and score so haunting, Killa captures you within the first few moments and transforms you back in time. It peeps into those vanished years you once lived, as though looking through a dusty window pane. The past is something you can see, but not touch. Killa brings this world alive by transporting you back in time. It tells the story of displacement and the emotional turmoil of Chinu, an adolescent boy. The understated emotional strain between a boy whose father is no more and a mother who has to move to a new place for work is exceptionally caught in this visual narrative. How then, his peers in the rural Konkan influence and help this urban boy to mould himself in the new space, makes for a compelling coming of age story we have all lived once. The theme of displacement is so universal in human history that within moments, Killa becomes the story of not the protagonist, but the viewer. A picturesque story, told with minimal dialogue and using cinematic language powerfully and effectively, Killa leaves us with an exhilarating feeling at the end of the protagonist’s journey.

Avinash Arun is a Director – Cinematographer from Maharashtra, India. Born in the textile town Solapur in 1985 in a middle class Maharashtrian family, he started assisting in FTII Diploma films at the age of 16. He eventually graduated in Cinematography from FTII in 2011. In 2010, his school project “The Light and Her Shadows” won him the cinematography award in Kodak film school Competition.  His diploma film “Allah Is Great” was the official entry from India for Student Oscars. It also won several awards including the National award in 2012. Avinash has worked on “Kai Po Che!” (Berlinale Panorama section 2012), Deool (National Award winner 2011). Killa is first feature film as director. He is also the cinematographer on this film.

With a glorious past of films like Natrang & Kaalsparsh, Essel Vision has taken its fresh humble beginnings to another high with the historical success of its Marathi ventures “Duniyadaari” , “Timepass” , & “Lai Bhaari “. The company has recently brought the prestigious Golden Lotus back home with its film Elizabeth Ekadashi winning the National Award 4 years after Natrang. Breaking the clutter, its films “Fandry” , left audience and critics awestruck in 2014 and found a perfect balance between the box office and critical reception. Today, Essel Vision has become a name synonymous with quality Marathi Cinema, be it off beat or commercial. Within a year of Essel Vision’s inception, the film has been able to take Marathi Cinema beyond the boundaries of Maharashtra with a whopping 4 films officially selected at IFFI Goa for  Indian Panaroma, 2014.  2015 rained awards in the company’s kitty when its films won all the major awards like FIPRESCI, Zee Gaurav, & Mataa Sanmaan. To top it Timepass 2 , the sequel of its erstwhile success has become the highest grossing film of the year 2015.