Nargis Fakhri says no to a body double for Madras Cafe 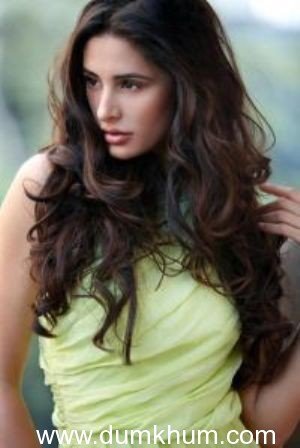 Nargis Fakhri who will next be seen in Viacom 18 Motion Pictures,JA Entertainment and Rising Sun Films ‘ Madras Cafe turns dare-devil with the political thriller in which she essays the role of a war journalist amidst an inter-country backdrop.

Nargis was to be part of an underwater action sequence for which director Shoojit Sircar recommended having a body double ,however,the actress insisted on performing the stunt herself,much to everyone’s surprise.

If that wasn’t all, the actress went ahead and gave several retakes before the scene was okayed despite being ill ,impressing everyone with her perseverance and dedication –

Says a source, “ Madras Cafe will introduce audiences to Nargis Fakhri-the actress, the film completely showcases her acting prowess – There are several intense high drama scenes that she’s performed to flawlessly – Apart from that, she insisted on doing her stunts herself which had everyone impressed ,especially since this is her second film in Bollywood”.