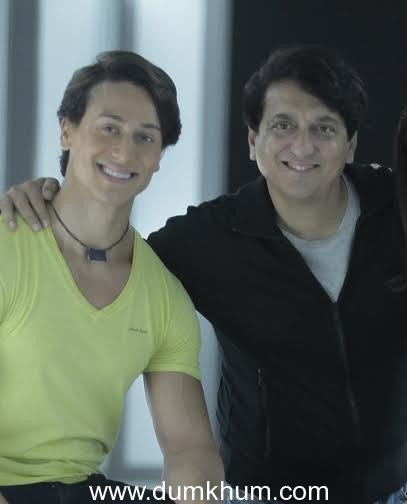 Right from the inception of Hindi Cinema there have been many creative production houses dominating the business. Bombay Talkies was one of the earliest production house.

Nadiadwala Grandson Entertainment owned by Sajid Nadiadwala is particularly seen constantly innovating with regards to the content that they have been investing in as well as the casting of their films.

NGE enters the 60th year of operations today (21st Nov 2014) and they have had a super successful year with back to back hits from Highway, 2 States, Heropanti and the new record setter and directorial debut of Sajid Nadiadwala, Kick.

The oldest production house that is growing stronger each year is all set to announce and start preparation of their youngest unit film with Tiger Shroff. Tiger made a super successful debut in Sajid Nadiadwala’s Heropanti and shares a very special bond with his mentor. The duo is now ready to make a comeback in Sabbir Khan’s next film titled Heer and Ranjha.

The production house has worked with all generation of heroes like the generation of Amitabh Bachchan, Akshay Kumar, Salman Khan, Ranbir Kapoor and now the youngest Bollywood star, Tiger Shroff.

Nadiadwala Grandson Entertainment has gone through a sea change this year, investing in a majority of young content. Even going forward, NGE has a very strong line up of films with Sajid Nadiadwala investing in a lot of young and interesting content and younger crop of actors.

Sajid Nadiadwala shares, “We have entered the 60th year of operations but it feels just like the beginning of a new journey. It is a very special and emotional moment for all of us at home. I’m very thankful to a lot of people who have been a part of this wonderful journey. I feel truly blessed for all that has been happening.