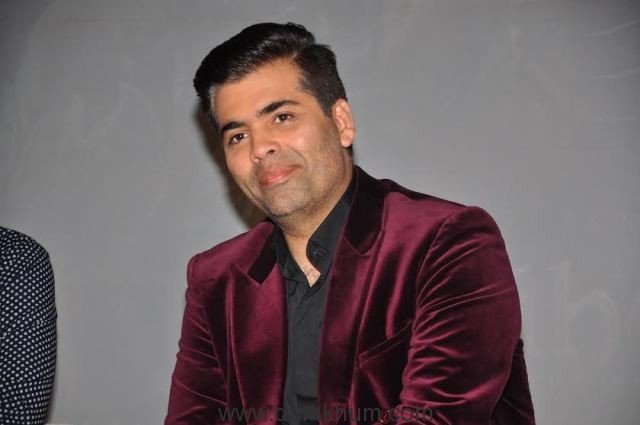 ​We all know that our favourite movie director, Karan Johar, loves all things fashion! But did you know that for Karan his style and wardrobe is more important than those of beauteous heroines he casts in his films. In a no filter conversation with Neha Dhupia on her soon to be launched audio show #NoFilterNeha, Karan Johar let out some of his fashion confessions which left us rather amazed!

​Even​ while behind the camera, Karan plans his wardrobe based on the seasons – autumn, spring, summer or winter and everything has to be in place a week in advance of any shoot!

And that’s not all, the fashion conscious director confesses that during the outdoor shoot of Student of The Year, his clothes were more important than not just Varun and Siddharth but even Alia Bhatt!!

How we wish we could have a peep into that wardrobe! Well, kudos to Karan for always speaking his heart and not shying away from giving unfiltered views on everything under the sun!

#NoFilterNeha is India’s first ever celebrity audio talk show on Saavn hosted by the gorgeous Neha Dhupia. Launching 4th October 2016 with Neha in conversation with Karan Johar, the show promises some of the most exciting ‘no filter’ insights into Karan Johar’s life. The show will also feature some of the most popular names from B’wood town including Ranbir Kapoor, Sonam Kapoor, Kangana amongst others in the upcoming episodes.