“MY ROLE IN THE FILM IS EVERYTHING BUT MUSHY, IT’S REAL” – PADDY Vesting his interest in creative craft, Paddy ditches the stereotype and opts to depict the realities of bar dancers through the lens.

Reality is the most coveted theme in Bollywood right now. From churning out biopics to drawing inspiration from real-life incidents, movies are riding the ‘reality’ wave in a bid to rake in big moolah. Holding a penchant for acting and entertaining people, Paddy exhibits his acting skills with soon-to-be-releasing film “Mumbai Can Dance Saalaa”. Without compromising the integrity of the character the entertainment honcho ensures that he captures every essence of the character and manages to bring out the dark and real life of the bar dancers. 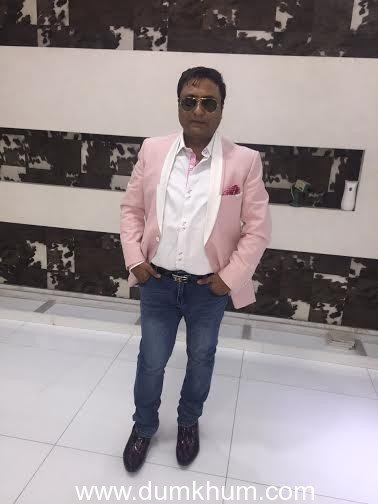 Letting his hair down, Paddy ventures in the zone of experimenting with his role where he burns the mid night oil to ensure the portrayal of the character played by him to be justified. Unlike his contemporaries, Paddy resists his fondness in realist cinema and feels privileged to be a part of “Mumbai Can Dance Saalaa”. “My role in the film is everything but mushy, its real. Cinema is the reflection of our society, hence being public figures we can use Cinema as a medium in order to show what prevails in the society. It is a pleasure to be a part of a film like Mumbai Can Dance Saalaa which is not just a commercial film but also talks about the life of bar dancers” he says.