With singers like Shreya Ghoshal, Sukhwinder Singh, Malini Awasthi and Abida Parveen, the film boasts of some of the best singers from Bollywood and Pakistan. The music of the film has been composed by Shafqat Ali and Muzaffar Ali. Speaking about the music Producer Meera Ali said, “Jaanisaar is not a regular Bollywood film. And since it’s set in the pre-Independence era, the music has to be different and soulful. I have been very fortunate to have Shafqat and Muzaffar Ali who came up with soulful compositions.” Held in Mumbai, in association with hospitality partners The Lalit, the evening witnessed the talented bunch in some incredible live performances. The musical night started with Malini Asthawi welcoming guests, followed by a graceful performance by the gorgeous Pernia Qureshi to music of classical dance song – Humein Bhi Pyaar Kar Le. Shafqat Ali and Sukhwinder Singh also sang a few songs from the movie. 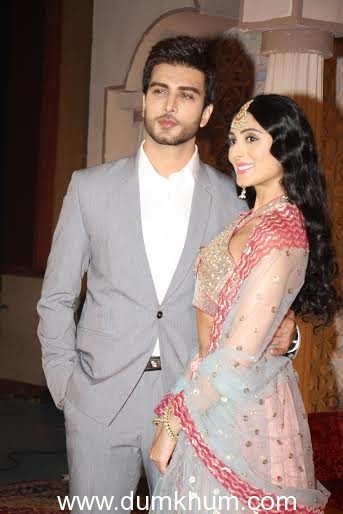 Set in the pre-Independence era, Jaanisaar is a love story of a courtesan deeply rooted in the ethos of the Indian culture, fired by the passion for freedom and an Indian Prince who has returned from England. Produced by Kotwara Studio’s, Meera Ali and directed by Muzaffar Ali, Jaanisaar, starring Pernia Qureshi and Imran Abbas is scheduled to release on 7th August, 2015