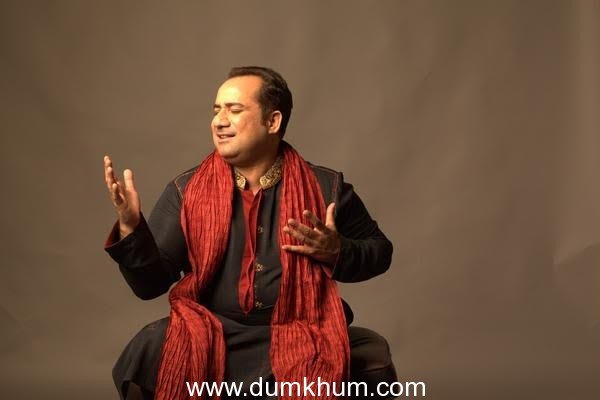 Musical maestro Ustad Rahat Fateh Ali Khan has come to India after four and a half years. The luminary is relentlessly climbing new heights this year as his latest album ‘Back to Love’ achieved the highest selling non film album status in India. Taking the music scene by storm the album topped both retail and digital charts within a few days of its release.

‘Back to Love’ peaked at #1 on both, the iTunes India Pop charts and the Nokia Music charts, which is usually dominated by Bollywood sound tracks; it peaked at #3 on the day of release and is currently at 50 million views on YouTube.

Talking about how his visit to India is like coming from one home to another, Ustad Rahat Fateh Ali Khan said, “It is has always been a pleasure to come back to my second home which has given me so much love, warmth & success. 4 years plus Is a very long time and I am happy that I have addressed  some pending legal matters with the relevant authority and excited to have my second innings with the industry where I have several friends and it will be great to connect with them.“

With all new management, spearheaded by Salman Ahmed who has been instrumental in producing the Back 2 Love album and also showcasing the maestro all over the world with successful “SOLD OUT” concerts, Salman said. “Ustad Rahat Fateh Ali Khan is keen to continue his successful journey with Bollywood and is looking forward to working with his friends in the Indian Film industry on bigger and more exciting projects.”