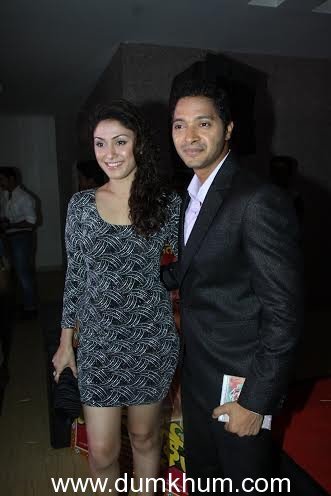 The evening kicked off with a brief address and welcome note by Shreyas. This was followed by the whole team of ‘Poshter Boyz’ including Shreyas and Deepti Talpade, Nanubhai Jaisinghani, Sameer Patil and others taking the stage for the formal ceremonial launch of ‘Poshter Boyz’ music. Post the launch, Shreyas and Lesle addressed the crowd present, taking them through the Musical journey for ‘Poshter Boyz’. 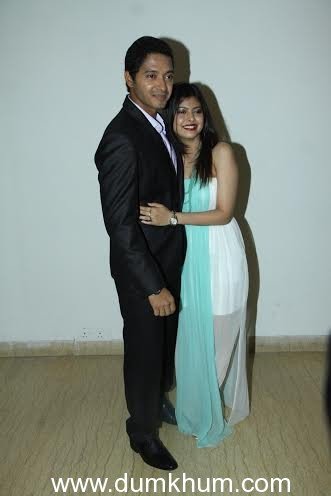 A very elated Shreyas said, “I am very proud of our film’s music. We have tried to keep a good balance reaching out to maximum people. We needed a person of Lesle sir’s talent and caliber. He as a composer has the understanding of traditional Maharashtrian tunes and can connect with the taste, of the contemporary Marathi youth at the same time. My personal favorite is Shankar’s song but I love all the songs.” 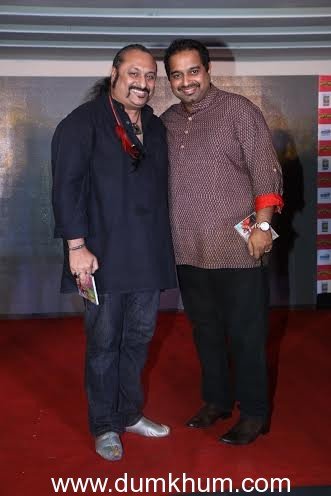 Speaking on the subject, Composer-Singer Lesle Lewis said, “When Shreyas approached me for the music of the film I was very excited. It seemed like a fantastic script and most importantly he knew what they were looking for. Refreshingly, Shreyas and Sameer were sure that they wanted only three songs with all three tracks having a very specific purpose. The Title track was a lot of fun to create but the best part was the opening song. The song required us to introduce and depict the personality of the three principle characters. Thus we have for the first time, fused a romantic number, a Lavani song and a Bhajan in the same song. This was a unique project and amongst the most interesting tracks I have ever created.” When asked as to why the film has only three songs, he said “Songs in films need to have cinematic and creative relevance and not just be marketing gimmicks. The title track of “Poshter Boyz” is a pure promotional number and as you will see once the film releases, the other two songs have very specific purpose in the Film.” The Highlight of the event though was when Shreyas and the whole cast of “Poshter Boyz” broke into an impromptu performance when the title track, which is also the movies lead promotional number, came up. It was rare sight to see a legend like Dilip Prabhavalkar dance. Glimpses of the song on the social media have already garnered curiosity and is increasingly being seen as the next Marathi youth anthem. The song will be played at the end of the movie along with the closing credits.