There was a powerpacked Trailer launch of Life Mein Twist Hain Presented by Shree Shyam Entertainment & Directed by Dinesh Soni. 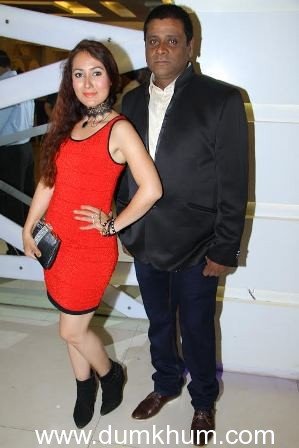 All the Star Cast of the film were in full form and everyone had a rocking time celebrating the film and dancing to the tunes of the popular songs from the film. Shaan & Javed Ali were expected to come for the event but could not make it due to heavy engagements. Producer Shree Shyam Avtar Kedia and Director Dinesh Soni saw to it that everyone had a Wonderful time and were seen looking after the guests and media present at the event. . Alok Nath came and interacted with the media and had good time with the cast and crew of the film.   SAHIL AKHTAR, ARSHI SURVANSHI, MISEIL SHAH, TRIDEV, ADITYA SHRIVASTAV, SAREH FAR , VAIBHAVI JOSHI, MUSTAQ KHAN, GULSHAN PANDAY, AND ALOK NATH  were seen enjoying and interacting with the media.