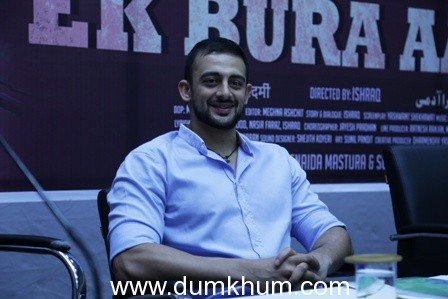 Telling more about the music of the film, director Ishraq says, “The music is not romantic as the film is based on politics of UP and Bihar. The music relates to the setting of the film and Tochi Raina has done an excellent job.” On asking Arunoday Singh about his role, “This is my solo film. I am portraying Munna Siddiqi who starts as a disciple of a politician but later turns into a criminal. Munna fights for the rights of the poor and downtrodden people but this means to do that is questionable. I am expecting a lot from this movie.”