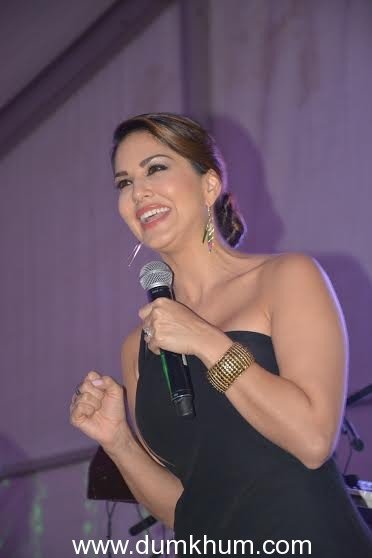 The glittering Indian Racing Excellence Awards, the only nationally recognized Turf Awards was held on Saturday, February 28 where awards under 5 major categories were given out for the year 1st Nov’13 – 31st Oct’14. The categories were based on a point system for the Champion Owner, Champion Trainer, Champion Jockey, Champion Stud Farm, and Champion Horse. Bollywood’s hottest music directors duo  Salim Sulaiman entertained the    who’s who of Mumbai  on  Saturday night to their tunes as they belt out chart busting numbers from Band Baaja Baraat, Chak De! India and Bang Bang in an evening of music, dance and entertainment.   Sunny Leone’s presence added sheen to the awards ceremony.

Well deserved Dr. M.A.M. Ramaswamy was honoured with the award in the leading owner category. Mr. R. Foley and Mr. A. Sandesh were honoured with awards in Leading Trainer and Leading Jockey categories respectively. Alaindair was awarded the Horse of the Year and Usha Stud & Agricultural Farms Pvt. Ltd received the award for the leading Stud Farm.

Trainer M. Narredu was felicitated with a special award on his achievement of having won 14 Graded races since May 2014. The 8 Grade 1 races won includes 5 derbies. Style, Glamour and Entertainment at its best !