Mumbai International Film Festival competition films to be screened in

7 other cities as well ; Additional screening in Suburban Mumbai 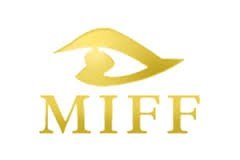 In an effort to give further impetus to the documentary film movement in the country, the Films Division – the organizers of the Mumbai International Film Festival 2014, has decided to hold parallel screenings in 7 major cities between February 4-9, 2014. “To make the documentary films more accessible to larger audience, we will be screening the national and international competition films at MIFF Zones in Delhi, Kolkata, Guwahati, Chennai, Bangalore and Nagpur. Additional screening will also be held in suburban Mumbai.  “ says Festival Director V S Kundu.

In Delhi, the screening will be held at the Siri Fort auditorium, while Nandan is the venue for shows in Kolkata. The MIFF documentaries and short films will be screened at Badami House and Freedom Park in Bangalore and Russian Cultural Centre and MGR Film & TV Institute in Chennai.  In Nagpur, the films will be shown at Gunjan Hall, DRM Railway Office. Venue for the Guwahati MIFF Zone is being finalized in consultation with the Assam Film Development Corporation.

In Mumbai, for the benefit of those unable to attend the festival at NCPA, Nariman Point, parallel screening has been organized at the Institute of Local Self Government in Juhu.

All together 28 hours of screening has been planned at each of the centres. On week days, the screenings will take place in the evenings, while on Saturday and Sunday, films will be screened day long from 10 a.m. to 6 p.m. There is no entry fee.

The festival line up includes Indian and international documentary and short film titles made over the past two years.  Films have been selected through rigorous two tier process to ensure that varied committees viewed the entries before making their choices.

The International Competition includes documentaries and short films that have been making the right noises around the festival circuit for a while. Dylan Mohan Gray’s Fire in the Blood, Ian McDonald’sAlgorithms, Shai Heredia’s I Am Micro, Kim Longinotto’s Salma, Joshua Oppenheimer’s The Act of Killing, and Nishtha Jain’s Gulabi Gang.  The Indian section includes the likes of Shivendra Singh Dungarpur’s Celluloid Man, Satyanshu Singh and Devanshu Singh’s Tamaash (The Puppet), Raja Shabir Khan’s Shepherds of Paradise, Govind Raju’s Golden Mango and Sunanda Bhat’s Have You Seen the Arana?Apart from the regular awards, new awards have been introduced  for producer, cinematographer, editor, sound recordist and animator. Awards for the most innovative film (named after Pramod Pati)  and most popular film of the festival have also been instituted, taking the total number of awards to 32 from 22 in the MIFF 2012. A veteran Indian documentary film maker will be honoured with V Shantaram Lifetime Achievement Award. MIFF will distribute cash awards worth Rs. 55 lakhs apart from Golden Conches, trophies and certificates to the winners in different categories.

MIFF is the oldest and the largest international film festival for the non-feature and animation films in Asia. MIFF-2014 has received 793 entries from 34 countries. Of these, 588 are for the National Section and 205 for the International Section.