Mukta Barve: Hrudayantar taught me the importance of being a mother! 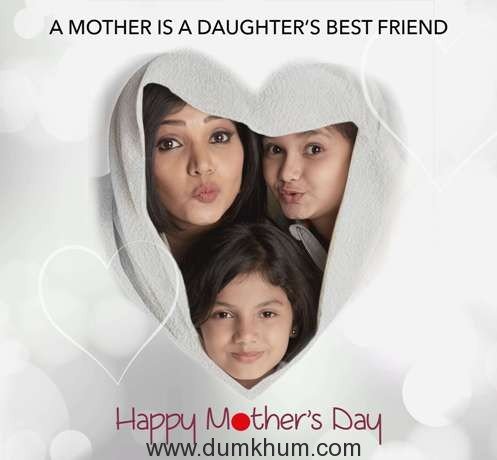 In her decade-old film career, Mukta Barve has portrayed several memorable characters on the big screen and popular plays and now she is set to spring a surprise on the audience and her fans with her forthcoming movie, Hrudayantar that marks the directorial debut of fashion designer Vikram Phadnis.

Produced by Young Berry Entertainment, Imtiaz Khatri and Vikram Phadnis Productions in association with Toabh Entertainment, Hrudayantar will see Mukta essaying a mother of two. Though she has played mother of a 5-year-old in film YZ, she had never done a full-fledged role of a mother.

On the eve of Mother’s Day, the makers of the family drama have unveiled a poster of the movie featuring Mukta along with two child actors who plays her children in the movie.

Mukta was so anxious to know her mother’s reaction to her character. When Mukta’s mom saw the rough cut of Hrudayantar, she was emotionally choked and she complimented her saying ‘I am speechless’.

Mukta says, “Though I’ve played a mother in YZ released last year, I couldn’t experience the feeling of a mother but Hrudayantar gave me the opportunity to enact and feel like a mother through my character Samaira Joshi.  I realised the true importance of being a mother.”

“When Vikram showed the rough cut of Hrudayantar, she got overwhelmed and told Vikram that she was speechless.