After a scintillating beginning to the second edition of the festival, Wassup! Andheri’s Day II bore the expectations of pulling off another stunner and that’s exactly what it did. Suburban Mumbai’s biggest cultural festival conceptualised by F5 Advertainment and powered by Itz Cash kicked off once again at Chitrakoot Grounds to high footfalls. Not to forget the initiators and the contributions of the torch bearers Mr. Vinay Mishra, Preety Ali, & Pallavi Rohatgi of  Humaramovie.com an independent, on demand channel for expert generated short content. The India themed channel showcases talented filmmakers, creating ” Different Content” ! www.humaramovie.com has brought all of this together. Inaugural function and today’s Mukesh Chhabra interaction was masterfully coordinated by Vinay Mishra and his team of Humarmovie.com. A favourite day of the week for many stressed Mumbaikars, filmy Friday proved to be the perfect way to unwind with friends and family thanks to the fest’s choices of workshops, events and chill zones. Day II began on a healthy note with Dr Shamoly Khera, owner of Slim Sutra sharing ways of reducing the tummy bulge, something quite necessary given that the festival’s food court itself has enough reasons to encourage the bulge! It was Mukesh Chhabra, casting director of blockbusters such as Rockstar, Gangs of Wasseypur and most recently Kai Po Che, whose auditioning workshop got curiosities raging. In fact, with two of the Kai Po Che protagonists, Raj Kumar Yadav and Amit Sadh as also film maker Hansal Mehta attending and interacting, this proved to be a ripe opportunity for acting enthusiasts. 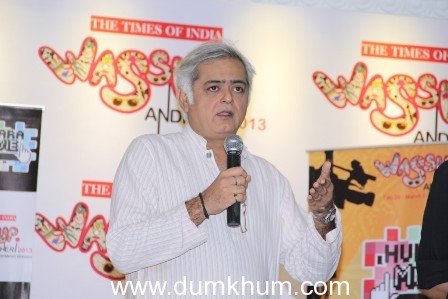 After sharing some know how, the live auditions were held and the anxiety levels shot through the roof. By two in the afternoon, Chef Amrita Raichand and Chef Saransh Goila were tickling the audience’s palate. As they appreciated the scrumptious workshop with audible growls of hunger, the Chef demonstrated how healthy food can look good and taste better. 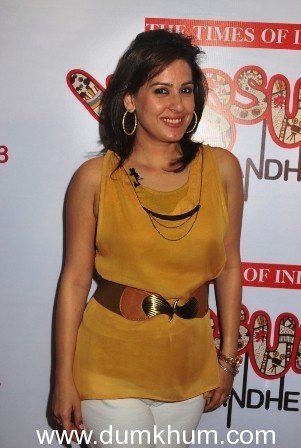 Next in the course was some heavy-duty fare. S Hussain Zaidi, better known for his latest bestseller ‘Dongri to Dubai’ , provided valuable insights on converting the machinations of crime into words. An intriguing debate on what makes a crime novel painted the evening sky. And as if to further intensify the mood, next up was a street play by ‘Ativirya’ that dealt with the pressing issue of women and safety. That women empowerment can only occur when society changes its perspective was the loud message sent out. 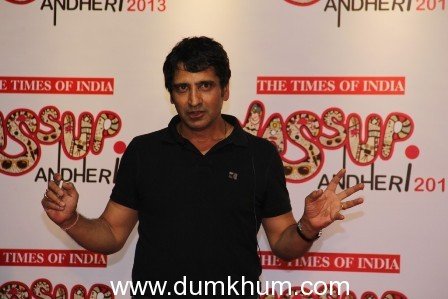 There were more ladies taking things forward with engaging power. Sonal Dabral, Chairman and Creative officer at DDB Mudra held an hour-long workshop looking into the future of advertising and provided a glimpse of how the ad world attempts to shape public opinion. Pumping up the mood simultaneously at another venue were the Choral Ensemble by A.E.M.I. Their piece provided musical entertainment and served as deserved refreshments in-between an action-packed day. A musical performance was led by actress Komolika Guha presented a medley of Rabindranath Tagore’s songs. 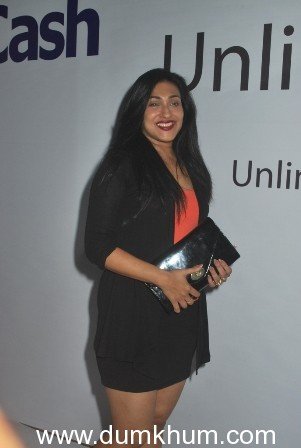 Not an event to bore any age group, Wassup’s workshops for children such as pottery, craft and mask-making kept the young adults busy while visual art installations by a string of artists got the seniors thinking.

As the buzz at Chitrakoot Grounds reached a cresendo, shutterbugs had a field day capturing the trio.Reminding the patrons that Wassup! Andheri was indeed a discerning culture fest, the music line-up said it all. As the Indus Moon Project played music for a generation grown up on Bon Jovi, U2, Coldplay and others, the Sufi and Indian classical touch was added by Raahie the Band. And to add a dash of flavour to the night, Gajendra Verma, music director of Table No. 21 captivated the audience with a dose of romance and music, closing curtains on what proved to be a superb day in all aspects.

Popular Bollywood choreographer, Ceaser of the Bosco-Caesar duo, agreed, “It was the perfect ending to the day. Gajendra’s performance gave me goosebumps. I can’t wait until tomorrow!”

CEO and founder of F5 Advertainment Mr Ajay Modgil summarised, “Today turned out to be better than we expected, the music was the real cracker. Can’t believe we’re half-way through the fest already!”

Wassup! Andheri gives you a chance to view some of the rare and fascinating   by sculptors and artists from across the country. More than 15 large installations curated by Aura Art have been displayed on the grounds, and more than 50 paintings, sculptures and photographs are adorning the Gallery section. Works of renowned artists like Arzan Khambatta, Sangeeta Singh, Manasi Manjrekar, Avantika Mathur, Chandrakant Ganacharya, Prakash Bal Joshi, Amisha Mehta, Sunil Deore, Sanjay B Nikam, Manoj Das,  Rohan Sonavan name a few, are exhibited this year at Wassup! Andheri.

Staying true to the ‘festival’ label, the event is also a milieu of the choicest of foods, from Chinese and Indian to cup-cakes and frozen yogurts. The kids attending Wassup! Andheri too aren’t likely to find a dull moment, with specialised workshops being held for them every day. And as for their moms who would meanwhile want to splurge, the venue’s

‘Bazaar’ section is a big pull; its jewellery, handicrafts and appliances sections being pretty crowded today.

About Wassup! Andheri:  An exclusively designed festival for the suburbs, the second edition of Wassup! Andheri is a four day festival organized in the entertainment capital of the city, Andheri. The festival is the brainchild of Ajay Modgil of F5 Advertainment, an events company based out of Mumbai. This cultural extravaganza scheduled for February 28 to March 3, 2013 is organized at Chitrakoot Grounds. “Wassup! Andheri” celebrates the socio- cultural spirit of the suburb, giving give aspirants of every art form an opportunity to interact and connect with the biggies of the industry The four joyful days is packed with non-stop entertainment through different art and culture forms like Painting, Photography, Theatre, Literature, Fashion, Culinary, Music and Dance, among others.