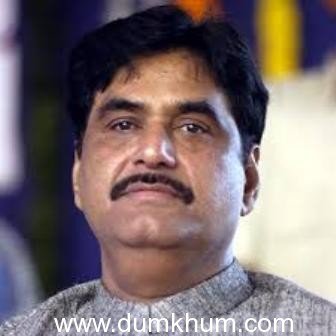 The mortal remains of Union Rural Development Minister, Shri Gopinath Munde has been brought to Mumbai from New Delhi by a special aircraft this evening.  The Information and Broadcasting Minister, Shri Prakash Javadekar and Heavy Industries Minister, Shri Anant Geete were among those who accompanied the body along with Shri Munde’s family members.  Union Minister for Power, Coal and New & Renewable Energy, Shri Piyush Goyal and BJP State Convenor, Shri Rajiv Pratap Rudy were among those present at the Airport to receive them. The body of Shri Munde will be taken to his residence at Worli and from there to BJP office where it will be kept for people to pay their last respects.  Tomorrow the body will be taken to Latur by air and from their by road to Parli Vaijnath where the funeral is expected to take place at 4.30 p.m.  Shri Munde died after a road accident in New Delhi this morning. His vehicle was hit by a car, when he was on way to the airport to attend a victory rally in his Beed Parliamentary Constituency.  He was rushed to hospital but succumbed to his injuries as Doctors could not revive him.

Shri Munde was sworn-in as the Rural Development Minister just 8 days before.  He was also the Dy. Chief Minister of Maharashtra from 1995 to 1999.

Earlier the Prime Minister, Shri Narendra Modi paid his last respects by placing a wreath on the mortal remains of the departed leader at BJP headquarters in New Delhi in the presence of a large number of Union Ministers, party colleagues and family members of Shri Munde.

The President, the Vice President, the Prime Minister, former President, Smt. Pratibhatai Patil, all cabinet colleagues, along with Chief Ministers and other dignitaries have offered  condolences for the untimely death of Shri Munde.